Want stuff now, but you can’t pay?  Buy now pay later services: Laybuy.com, PartPay and Afterpay, have all launched in New Zealand. If you’re cash-strapped, but looking for alternative ways to get needed (and wanted) goods now, these options could be the way to do it. But is there a catch?

Pay later schemes allow you to pay off an item over several weeks, interest free. It’s being called “layby” for the 21st century and can be a godsend for some people, but also has potential stings in the tail.

These payment schemes give consumers a new alternative to credit cards, where cardholders are given a certain number of interest-free days before interest is charged on their purchases. With credit cards all your purchases go into one pool so you can’t say to yourself you’ve paid a particular item off, unless you clear the entire bill. In the case of pay later you can see every item being paid off.

What you need to know about pay later schemes

Contracts with these pay later deals allow you to get your goods immediately, but pay them off in interest-free installments.

When you buy your item you provide details such as your email, mobile number, address and debit or credit card number.  The pay later provider runs a credit check on you and if you’re accepted it deducts weekly payments from your debit or credit card over an agreed number of weeks. There are no fees.  The provider takes the risk of default from the shop.

Big companies such as Hallensteins, and Storm, and smaller businesses such as Mocka are offering it both over the counter and/or online. On Trade Me sellers can choose to offer it to buyers, although there is a small extra fee.

The benefits of pay later

There are always pros and cons with payment methods. If you see a stonking bargain, but don’t quite have the funds available, then pay later could work well for you. Providers piggyback on this idea, pointing out that you’ll never miss a sale.

Another pro is that consumers can’t take out new loans with the same pay later company if their old ones aren’t paid up to date.  That eases the chances of you spiralling further into debt.

Pay later may be less risky for some people than high interest payday loans.

Devil in the detail

One catch, however, is that if your payments fails, you will be hit with a late payment fee. That’s $10 at Afterpay, for the first default and $7 more every seven days from then. It doesn’t matter how much the item cost, the fees are the same. That means if you’ve bought a $20 item from Trade Me you could easily end up paying double the purchase price or more if you can’t pay for a few weeks.

That’s why credit cards may still suit some buyers.  Credit cards also have interest free days, and even if you make a mistake and fail to pay the balance off one month, you won’t end up paying 100% interest.

Non-payment also affects your credit score and could ultimately lead to a visit from the debt collector seeking payment or return of the goods.

Pay later is also another mechanism that assists Kiwis into instant gratification and unnecessary spending.  That can lead to over commitment financially.

Can you cancel a payment with pay later?

Each pay later system is different. Some may charge a cancellation fee, or require that the money be refunded to them from the retailer before the contract is cancelled.

All these payment systems are required to comply with the Fair Trading Act, and the Credit Contracts and Consumer Finance Act in the same way that credit card providers and companies offering HP must.  That means you can still return goods even if they were bought using pay later.

Pay later is being likened to traditional layby, which was also interest free.  Layby is different, however, because you get the goods before you pay for them with pay later.

With layby, which some stores, such as the Baby Factory still do, you don’t pick up or receive your goods until the final payment is made. There is a motivation to pay with traditional laybys because if you don’t, you won’t get the item. Typically in that situation you will get a refund of your payments so far, less a cancellation fee.

Layby fell out of favour when credit cards became common in New Zealand from the 1980s/ 1990s.  Most Kiwis like to get their purchases now, even if they have to pay interest.

The final word on pay later

Pay later shouldn’t be used by anyone without a steady income. 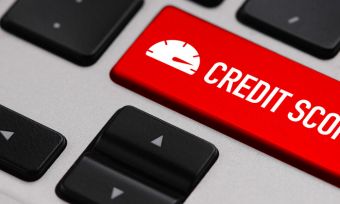 Find a credit card to match your spending personality 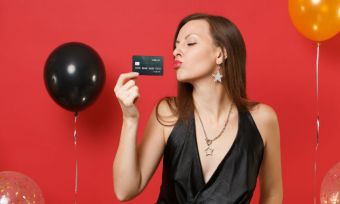