Advertisement
As the global economy grapples with contagion from the Coronavirus, Canstar examines the risk to your KiwiSaver balance.

The sky is falling! Anybody familiar with the folk tale about Chicken Little will know that (spoiler alert!) his predictions about the end of the world were somewhat exaggerated. Even though one falling acorn shouldn’t cause panic, sometimes it doesn’t take much of a trigger for anthropomorphic animals – or people – to start running around warning of imminent doom. In which case, hysteria can spread like, er, … a nasty cold germ!

Likewise, from sparse reports of a new flu-like virus hospitalising people in Wuhan (Central China’s most populous city) within just a matter of days, Coronavirus fever had gripped the planet. Planes were grounded and travel plans scuppered as facemask manufacturers rubbed their well-sanitised hands together.

Economic contagion due to the Coronavirus spread, too. After a Chinese government-enforced extended Luna New Year holiday, the Chinese stock market opened to a wave of selling, falling about 8%. Traders panicked, causing China’s central bank to inject US$173bn into the financial system in an attempt to keep its banking system and currency afloat.

In the west, share markets followed suit, as big companies such as Apple and Starbucks temporarily closed their Chinese shops, and New Zealand implemented a travel ban on Chinese nationals. But after some initial selling, a sense of perspective settled in, which is why KiwiSavers shouldn’t be unduly concerned about the long-term health of their investments.

Of course, the emergency measures taken worldwide to contain the virus will have consequences. According to Tourism New Zealand, China is New Zealand’s second-largest international visitor market, with more than 400,000 arrivals last year, and one of the most valuable in terms of spend. The travel ban will hurt our tourism sector, in particular, but our meat, seafood, logs, and dairy exporters will also take a hit. But, going on previous experience, any detrimental effects to our wealth should be relatively short-term.

The world has dealt with similar worries, before. In 2002 to 2003, Severe Acute Respiratory Syndrome (SARS) spread from China, around the globe, causing panic, before disappearing in 2004. Then, in 2012, a camel in the Middle East sneezed, spreading Middle East Respiratory Syndrome (MERS) to humans. Both syndromes proved just hiccups for global trade. In fact, if you look at all of the global upheaval since the financial crisis 13 years ago, little has dented the steady rise of equity markets.

Over the past 10 years, the S&P Global 100 index, which measures the performance of big multinational companies on international share markets, has more than doubled, from 1102 to 2208 (at the time of writing, February 2020). Similarly, New Zealand’s main stock market index, the NZX 50, has soared from around 1600 two decades ago to 11,500.

In A World at Risk, the World Health Organisation’s independent Global Preparedness Monitoring Board predicts the cost of a global influenza pandemic would hit the GDP of Australia, NZ and the US by a modest 0.5%, at worst. This is reflected in recent numbers from Goldman Sachs, the global banking firm, which foresees a 0.4% drop in growth in the US through March, but followed by a quick rebound in the second quarter.

This shows, if you’re in it for the long-haul, you’re pretty insulated against sudden shocks, such as the threat of pandemics.

How at risk is your KiwiSaver?

The potential economic impact of pandemics, such as Coronavirus, is further softened by the fact that not all KiwiSaver money is tied up in shares. According to the most recent KiwiSaver report, there’s $57 billion under management through 31 schemes and less than half of that money is tied up in stocks and shares. In total, 55% of funds are in low-risk investments, such as bonds and bank deposits. Australasian equities comprise 15% and the final 30% is in international equities. So, what that means, is that less than half of New Zealand’s total KiwiSaver savings is actually vulnerable to any instability that could results from global issues.

Your stage of life could also further insulate you against any market volatility. If you’re about to retire, or are planning to withdraw funds within the next three years, for example for a deposit for a first home, a defensive or conservative fund, which only allocate small percentages of funds to stocks and shares, is most likely a better fit for you, anyway. You can read more on why in this guide, here. If you didn’t actively choose your KiwiSaver scheme when you signed up, you’ll already be in a low-risk default scheme.

This is the real health warning: spending your entire working life contributing into such a low-return scheme is likely to have a bigger long-term impact on your wealth than any pandemic. That’s why it’s important to take active steps to choose a scheme that best suits your needs.

Fortunately, Canstar is here to help with advice not only on choosing the right scheme (click here for how to choose a KiwiSaver fund suitable for you) but also with our handy free comparison tool: click the button below. Together they’re the best inoculation against the worst the Coronavirus can do to damage your future financial wellbeing.

KiwiSaver: Which Fund Type Is Right For Me?

Opinion: Are KiwiSaver members about to get a cash windfall? 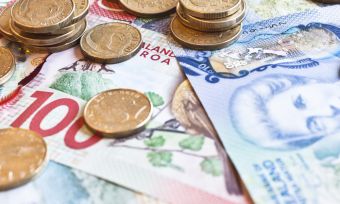