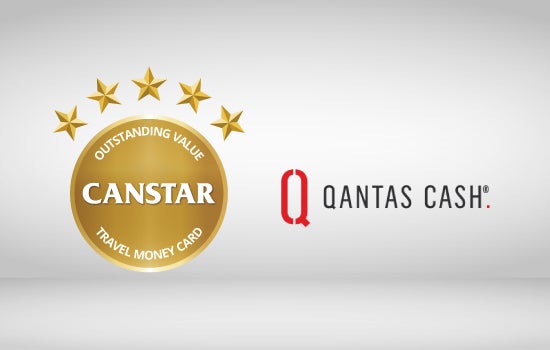 Qantas Cash travel money card has taken the 2016 Canstar Travel Money Cards Award. We catch up with Qantas for some more information on their card

What is the Qantas Cash card?

Travel money cards are increasing in popularity and, along with credit cards, debit cards and cash, are a very useful way to access foreign currency while you’re away. Canstar has researched and rates travel money cards available for New Zealand travellers, with Qantas taking the 2016 Award.

Doubt the popularity or ease of use of travel money cards? Here are a few fun facts supplied by Qantas:

Travellers should note that although the “Credit” button is used when making a purchase or a withdrawal at an ATM, this card is not a line of credit. The card cannot go into a negative balance.

In light of the Qantas Cash win, Canstar caught up with Fiona Enh, Head of Qantas Cash, for a quick Q&A:

Q: The QANTAS Cash card offers a good range of currencies.  What are some of the most popular currencies with your travellers?

A: Qantas Cash has been used in 178 countries across the world. USD, EUR & GBP are some of the most popular currencies with the travellers

Q: Have you noticed any change in the volume of Euro or Pound being loaded since the Brexit was announced?

A: Yes, Qantas Cash has seen a spike in activity following the Brexit decision, with Qantas Frequent Flyers taking advantage of the drop in GBP. In the weekend following the announcement there was a 760 percent increase in GBP loads compared to the average of GBP uploads over the previous three weekends.

Q: Do you have any tips on how travellers can make the most of their QANTAS Cash Card while they’re away?

A: You can use Qantas cash as you would any normal credit or debit card overseas, whilst earning 1 Qantas point for every $1 of spend.

Q: From your customer research, what are the card features that your customers tell you are most important to them?

A: Ability to lock in exchange rates, control, safety and security are some of the most important features to our customers.