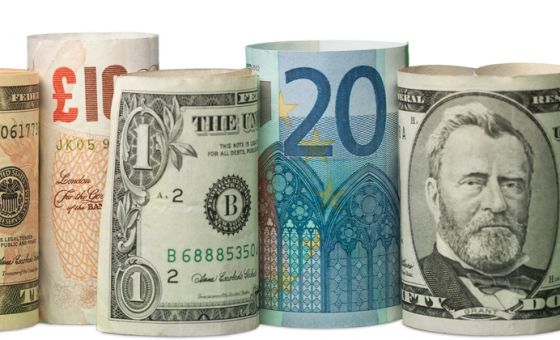 A few months ago, I sent some money to a friend in Australia. I'd looked up the exchange rate and had a rough idea of what it would cost me to send the money. To my…

Canstar Announces the Winners of its Innovation Awards 2021

Canstar is thrilled to announce the results of its Innovation Excellence Awards 2021. And this year, they not only highlight fresh thinking in the field of finance, but also showcase a commitment to social good. Canstar’s…

What is an international money transfer?

An international money transfer is when you send money from your bank account in New Zealand, for example, to the bank account of someone you know (or your own bank account) in a different country.

International money transfers are popular for both large and small amounts.

When making a money transfer, you will usually need to know the other person’s full name, address, account number, and Branch Number or Bank Identifier Code (SWIFT BIC or IBAN).

Recent changes in the strength of the New Zealand dollar may see a greater return than in previous years for international money transfers.

On 23 June 2016, it was announced Britain is to leave the European Union – dubbed Brexit. As at 11 July, this saw the New Zealand dollar surge to a new high against the British pound – the Kiwi dollar was sitting at 56.40 British pence. Due to uncertainties around the economic ramifications of Brexit, the pound has fallen on global markets.

With New Zealand ranked the 4th most peaceful country, according to the Global Peace Index, it’s no wonder this country is a popular destination for international issues.

No matter where someone is from, if they are working somewhere other than home they will occasionally need to send money back home, either for their families or to pay ongoing expenses like a mortgage. This type of international money transfer is called a “remittance”.

Remittances are also sent home from international migrants living and working in a country apart from their family. In 2014, there were 180 million international migrants living and working away from home and regularly sending small amounts of money back to the family that helped them secure a better future. When it comes to developing nations, remittances provide $413 billion per year to help some of the poorest communities in the world – three times the amount of foreign aid from governments.

Unfortunately, many developing nations allow a monopoly for international money transfer providers, so that they can charge massive fees on these small amounts of money.

Moving overseas, temporarily or permanently, is a popular option for many New Zealanders. For many it is short term option though. According to Statistics New Zealand, the country is unique in having the highest rate per capita of both immigration and emigration, with around 24,000 New Zealander citizens returning home each year.

Coming home can mean leaving behind investments and savings in another country. This usually requires either regularly transferring funds overseas to pay account fees, or closing the overseas accounts and transferring the funds back into New Zealand accounts.

Those with family members who live, travel, or study overseas:

When family members travel, there is always the risk that they might run into trouble – or out of funds. A fast and efficient money transfer service can become essential!

As for family and friends who live overseas, the idea of organising to send a Christmas or wedding gift internationally can be quite daunting. It might be easier to send them some money so they can get something they really want.

Useful resources for those with family travelling:

As commerce goes global, businesses may find an increasing number of their transactions are being conducted overseas. For example, retailers may need to buy goods from another country to sell here without actually visiting that country.

What does an international money transfer cost?

Canstar doesn’t currently collect the price data of international money transfer platforms in New Zealand, however we can highlight the costs that you should take into consideration when deciding how to transfer your money.

The exchange rate is the ratio at which any currency, in this case the New Zealand dollar, will buy a different currency. The exchange rate determines the value of our currency and theirs by comparison. For example, the exchange rate from NZD to USD at the time of writing is around 70 cents to the dollar.

International money transfer fees are charges for sending your money to international bank accounts. Fees to keep a watch for include:

Hot tip: A little bit of homework goes a long way when it comes to exchange rates and transfer fees, so you should compare institutions before picking one. Every institution costs something, but you can make sure that more of your money goes where it should – to your recipient, not your institution.

There are a lot of different ways to send money internationally from New Zealand because it is a growing and competitive industry. So what are some pros and cons of different methods?

The vastness of the internet means there is more than one way to transfer money online:

You can get an International Money Order (IMO) from your bank or post office. It is similar to a bank cheque in that you post it overseas and it gets cashed at the other end by your recipient.

International money transfer scams to watch out for:

You should always ensure that the person you are transferring funds to is legitimate, especially if you don’t know them personally. It can be difficult, if not impossible, to recover funds sent overseas to a scammer. The government’s Consumer Protection website has some tips on common scams to watch out for, such as saying you’ve come into an inheritance from an overseas estate or won a travel holiday as a prize.

The New Zealand system for sending money between countries is pretty good, but that’s not the case in every country. When it comes to remittances for international migrants sending their pay home to families in developing nations, there are many barriers in the way.

How remittances can change the world

According to the World Bank, remittances that are small in amount can have great value by reducing the level and severity of poverty in a region. This leads to:

Remittances act like insurance for poor countries. When times are hard for the family, workers send more, not less. For example, in Nepal, the percentage of poor people declined drastically even during a time of political and economic crisis, because of remittances sent from family members living in India. The poor in Nepal made up 42% of the population in 1995, but just 10 years later in 2005, that had lowered to 31%.

When natural disasters hit, remittances can get there before foreign aid does, such as in Somalia and Haiti. What’s more, those who send remittances don’t “forget” about the crisis their family is going through when the nightly news stops reporting on it. These remittances keep coming, a lifeline for a community that has been struck down.

Children benefit from fewer debilitating signs of poverty when their families receive remittances. Children who received remittances have been reported with higher birth weights and lower school dropout rates in Mexico, Sri Lanka, and El Salvador.

The barriers in the way

In many countries, it “costs big to send small”. And since remittances are typically small amounts – $200 per month or so – flat fees and charges can take a huge chunk out of much-needed money.

Globally, this fee amounted to 8% of the remittance in 2014. In Africa, the fee to send money between countries was well into the double digits.

Furthermore, many governments allow one international money transfer company to make an exclusive monopoly agreement with the post office, so that they are the only available option for sending money. So, even if you wanted to shop around for a better exchange rate and cheaper fees, you couldn’t find one.

There are cheaper options that could make a big difference around the world. For example, the U.S. Federal Reserve Bank started a program with Mexico where money transfer companies could send money to Mexico for a fixed cost of only 67 cents per transaction.

In his TED talk in 2014, international migrant Dilip Ratha recommended that governments and Reserve Banks worldwide take the following steps to reform the remittance industry:

Please note that these are a general explanation of the meaning of terms used in relation to international money transfers. Your provider may use different wording and you should read the terms and conditions of your product carefully to understand what fees and charges may apply. Refer to the product disclosure statement from your provider.

Account number: The identification number for your account, or for the account to which you are transferring money. When making a money transfer, you will usually need to know the other person’s full name, address, account number, and Branch Number or Bank Identifier Code (SWIFT BIC or IBAN).

Balance: The amount of money remaining and able to be spent in your savings or transaction account at any point in time.

Conversion fee: Any fee charged to convert one currency into another before or after transferring.

Exchange rate: The ratio at which one currency buys another, which determines the value of one country’s currency by comparison to another. For example, the exchange rate from AUD to USD at the time of writing is $0.73 to the dollar.

Foreign currency: The local currency of any country outside New Zealand.

GST: Goods and services tax charged on purchases made in New Zealand. Certain internet purchases may also be subject to GST.

Internet banking or online banking: Banking that is done via the internet on a computer or mobile device.

Transfer: To send money from one account to another.

Visa: A document from the government of a country that grants permission for a person to come to that country to holiday, live, work, or study.

How to transfer money overseas

Ten things to think about when you move overseas

Transferring money overseas: some words you need to know

The cost of transferring money

What to think about when sending money overseas

Why small remittance transfers should have lower fees

10 currencies the Kiwi is now weaker against

10 currencies the NZD has risen against