The financial crisis of 2007-2008, known as the global financial crisis, marks a dark time in our country’s economy. Here’s our breakdown of what caused it and how the New Zealand Government responded.

The sub-prime crisis and housing bubble

The global financial crisis (GFC) or global economic crisis is believed to have begun in early to mid-2007 with a credit crunch, when a loss of confidence by US investors in the value of sub-prime mortgages caused a liquidity crisis. In response to this, the US Federal Reserve injected a large amount of capital into financial markets. By September 2008, the crisis had worsened as stock markets around the globe crashed. Consumer confidence hit rock bottom as many investors tightened their belts in fear of what could lie ahead.

The housing market in the United States suffered greatly, as many homeowners who had taken out sub-prime loans found they were unable to meet their mortgage repayments. As the value of homes plummeted, a number of the borrowers found themselves with negative equity. With a large number of borrowers defaulting on loans, banks were faced with a situation where the repossessed house and land was worth less on the market than they had loaned out originally. The banks had a liquidity crisis on their hands, and giving and obtaining home loans became increasingly difficult as the sub-prime lending bubble burst. This is commonly referred to as the credit crunch of 2007-08.

Although the housing collapse in the United States is commonly referred to as the trigger for the global financial crisis, some experts who have examined the events over the past few years, and indeed even politicians in the United States, believed that the financial system needed better regulation to discourage unscrupulous spending.

Major investment bank Legman Brothers, which had sub-prime mortgage-backed securities, filed for bankruptcy on September 15, 2008. It was the fourth largest bank in the US at the time of its collapse which sparked a banking crisis in the US, Europe and across parts of Asia.

Governments around the world struggled to rescue giant fiscal institutions as the fallout from the housing and stock market collapse worsened. Many financial institutions continued to face serious liquidity issues. The New Zealand Government announced a number of policy changes, including cuts to personal income taxes, cuts to business taxes and infrastructure spending aimed to jump-start the slowing economy.

The U.S. government proposed a $US700 billion rescue plan, which subsequently failed to pass. Some members of US Congress objected to the use of taxpayer money to bail out wall street investment bankers, who some believed were one of the causes of the global financial crisis.

By September and October of 2008, people began investing heavily in gold, bonds and US dollar or Euro currency, as these were seen as safer alternatives to the ailing housing and stock markets.

In January 2009, newly-elected US President Barack Obama proposed federal spending of around $800 billion in an attempt to improve the state of the financial crisis. 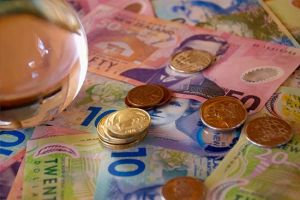 In August 2008, the New Zealand Treasury announced that the country had entered into a recession. The economy had declined by 0.3% in the first quarter of 2008, as demand slowed for New Zealand’s exports.

In April 2009, the New Zealand Government introduced personal tax cuts in response to the recession.

In addition to the Government’s response to the financial crisis, New Zealand also benefited from its external trade. Export producers were able to continue their trade.

The economy emerged from recession in mid-2009, with the second-quarter GDP report showing the economy grew by 0.1 per cent on the March quarter.

New Zealand since the GFC ended

Fortunately, for New Zealand, the recession was relatively small compared to what many other countries went through at the time. In 2009, the economy picked up, led by demand from major trading partners Australia and China.

From 2010 onwards, the economy continued to grow, driven by the rebuild following the Christchurch earthquakes and recovery in domestic demand.

What Is Ethical Banking? How To Make The Swap 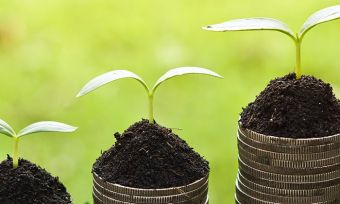 How NZ stacks up against global cash rates 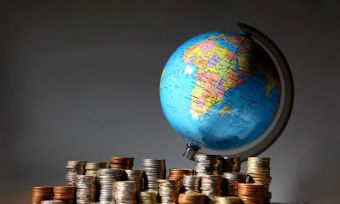 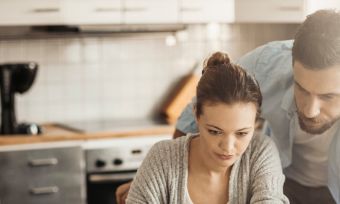