What is the Qantas Cash card?

The Qantas Cash card is a pre-paid, debit MasterCard form of travel money card, and uses your own money for your spending. It can be used to pay for goods and services in person or online, and to make withdrawals at millions of MasterCard ATMs around the world.

Travellers should note that although the “Credit” button is used when making a purchase or a withdrawal at an ATM, this card is not a line of credit. The card cannot go into a negative balance.

As a MasterCard product, the Qantas Cash card may currently not be used in the following countries due to economic or trade sanctions:

If you attempt to use your card or withdraw cash from an ATM in any of these countries, your request will be declined. New Zealand also imposes its own sanctions from time to time; please check the Ministry of Foreign Affairs and Trade for details on the countries you intend to visit.

Overall, the main competitive advantage Qantas has over other institutions is that their card has next to no fees. The only fees they charge are an international ATM fee and a low currency conversion fee of 2.50%. This sees the Qantas Cash card take the top pricing position.

In terms of features, the Qantas Cash card can be reloaded online.

Please note these features are current at the time of writing. You should check the product provider’s website and product information at the current time.

Foreign currency exchange rates vary from time to time, set by Qantas and MasterCard, and can be found online here.

Cardholders benefit from locked in rates that apply when you make a transaction or incur a fee in a currency loaded on your card.

How to get and use the Qantas Cash Card

To apply for the Qantas Cash card, you must be able to satisfy the following criteria:

These days, Qantas is regarded as one of the world’s leading long-distance airlines. They employ over 30,000 people. Their subsidiary companies include Jetstar, Q Catering, Qantas Holidays, Qantas Freight, and Express Ground Handling. But it began much more humbly, having been founded in 1920 in the Australian outback.

The service began by offering joy rides with two biplanes, and Baird heavily modified the planes to ensure they would survive the thin, hot air of rural Queensland. In 1922, the service took on a scheduled airmail service, the first of many. In 1927 Qantas opened the first private hangar in Brisbane and started the Brisbane Flying School, which later became the Queensland Aero Club. In 1928, Qantas helped establish the Flying Doctor Service in Queensland.

During World War II, Qantas operated a vital line of communication from Australia to England, as well as performing emergency rescue flights for troops in the South Pacific region. Qantas again offered their planes and pilots during the war in Papua New Guinea and after the disaster of Cyclone Tracy in Darwin.

The now-familiar kangaroo logo has been in place in one form or another since 1944, adapted from the original one penny coin.

How Qantas supports the travelling community

How Qantas protects the environment

And don’t forget the ways that you can make your own travel more sustainable!

In light of the Qantas Cash Card CANSTAR win, we caught up with Fiona Enh, Head of Qantas Cash, for a quick Q&A:

Q: The QANTAS Cash card offers a good range of currencies.  What are some of the most popular currencies with your travellers?

A: Qantas Cash has been used in 178 countries across the world. USD, EUR & GBP are some of the most popular currencies with the travellers

Q: Have you noticed any change in the volume of Euro or Pound being loaded since the Brexit was announced?

A: Yes, Qantas Cash has seen a spike in activity following the Brexit decision, with Qantas Frequent Flyers taking advantage of the drop in GBP. In the weekend following the announcement there was a 760 percent increase in GBP loads compared to the average of GBP uploads over the previous three weekends.

Q: Do you have any tips on how travellers can make the most of their QANTAS Cash Card while they’re away?

A: You can use Qantas cash as you would any normal credit or debit card overseas, whilst earning 1 Qantas point for every $1 of spend.

Q: From your customer research, what are the card features that your customers tell you are most important to them?

A: Ability to lock in exchange rates, control, safety and security are some of the most important features to our customers.

Compare Exchange Rates: Why It's Important 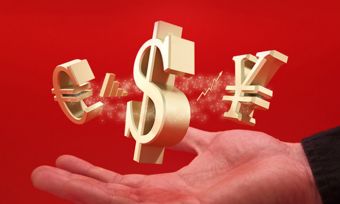 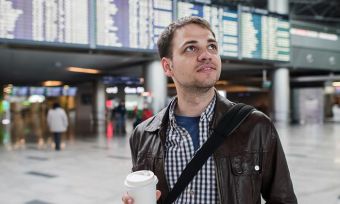 5 benefits of a travel money card 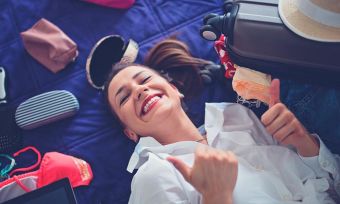