A “black card” is an exclusive and elusive type of credit card only available to the wealthiest people who meet certain eligibility requirements. So, what does it take to join the financial elite?

What is the AMEX Black Card?

The American Express Centurion Card, known informally as the Black Card, is one of the most prestigious cash cards in the world. The card is available by invitation only – customers can only qualify for this card after they have met certain criteria.

The Black Card offers exclusive privileges including a 24/7 concierge service, has no set spending limit, and is available by invitation only. It is not a credit card at all, but is rather a charge card or cash card, meaning cardholders have to pay off their balance in full every month.

The card is made of anodised titanium, a hard, silver-grey metal that is strong, light, and used in corrosion-resistant alloys.

For years, the American Express Black Card was an overblown rumour, until American Express confirmed that the elusive card was indeed real in 1999. However, just because it exists doesn’t mean it’s within arm’s reach (or indeed several thousand arms’ reach) of the average consumer.

“There had been rumours going around that we had this ultra-exclusive black card for elite customers. It wasn’t true, but we decided to capitalise on the idea anyway.”

How to become an American Express Black Card member 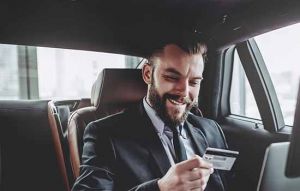 You cannot apply for the American Express Centurion Card online and is not listed among their other charge cards on their website. While the exact eligibility requirements for the Centurion Card have never been explicitly stated by American Express, the word on the street is that prospective candidates must:

What does American Express define as “substantial net worth” or being wealthy enough to afford the Centurion Card? Well, a report in 2011 revealed that the average household income for Centurion Card members was $1.3 million and the average cardholder held assets of $16.3 million.

Along with these conditions, the card is still invitation only, with each new member chosen by American Express.

What benefits does the American Express Black Card offer?

American Express Centurion Card members are believed to have access to some significant perks including:

Of course, the Black Card carries the added perk of being a huge status symbol among the elite.

Without a spending limit or “credit limit” on this charge card, the cardholder’s imagination is the limit. The largest Centurion Card purchase recorded as of 2016 was USD $170 million paid for the famous painting “Nu couché” by Modigliani, purchased by Liu Yiqian who used the card to circumvent Chinese money transfer laws. Another cardholder charged $52 million on the card to purchase their own private jet.

Is the American Express Black Card worth it?

As many commentators have pointed out, many of the benefits of the Black Card – even having no spending limit – are available from the American Express Platinum Card for a fraction of the cost ($1,200/year annual fee).

What is a titanium credit card & is it worth it? 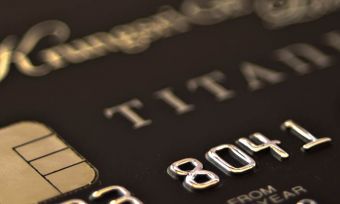 What is a platinum credit card & is it worth it? 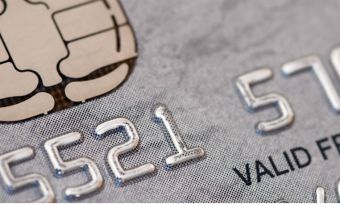