Advertisement
Author: Marissa Hayden
Facebook, Apple, Amazon, Netflix and Alphabet, formerly known as Google (FAANG) – the tech giants that in many ways dominate the US stock market. So, how can you get a piece of the action?

What’s the lowdown on FAANG stocks?

The origin story of Facebook is pretty well-known thanks largely to mega-movie blockbuster The Social Network.  Since 2010, when The Social Network first hit the big screen, Facebook’s monthly users have risen from 600 million to over 2 billion. Although the social media giant has seen some rapid growth, the brand has also been riddled with controversy.

It has been an interesting time for Facebook since the Cambridge Analytica scandal in 2018, which made headlines around the world. When the story was reported the company’s stock price began to take a tumble, but experienced a surge soon after. Although, the scandal likely had a knock-on effect. Facebook CEO Mark Zuckerberg has previously stated the company’s plan to invest heavily into the business. The business will focus on building out new products such as Facebook Watch, Instagram TV and Facebook Marketplace, while also improving cyber security.

Apple was created in 1976 by Steve Jobs, Steve Wozniak, and Ron Wayne. Ron Wayne famously sold his 10% share of the company several years later for USD$800.  As of August 2018, Ron’s share would be worth over USD$95 billion. Eeekk!

Amazon began as an online bookstore in 1994, and over the past 24 years has become a superstore, selling all things from electronics to pet supplies. When Amazon made its initial public offering (IPO) in 1997, its share price was $18. Today, Amazon’s share price is hovering around USD$3,184.94! The online retailer reached the trillion-dollar milestone, just a few weeks after Apple, and they ‘opened their doors’ to Australian consumers with the launch of Amazon Australia, in late 2017.

Streaming movies and TV shows feel like a relatively new phenomena, which may lead you to think that Netflix is a newcomer on the share market. In fact, Netflix made its IPO in 2002, 16 years ago! The company launched its streaming service in the US in 2007 and now it’s available worldwide.

Google was born in 1998, created in a garage by two Stanford University PhD students, Larry Page and Sergey Brin. When Google made its IPO in 2004, the pair became billionaires virtually overnight. Google officially became Alphabet Inc after a restructure in 2015.

FAANG stocks are traded on the NASDAQ. Kiwi investors can get a piece of the action through an international share trading platform. The following is a list of online share trading apps, showing which allow you to buy US stocks:

The display order does not reflect any ranking or rating by Canstar.

This information is not an endorsement by Canstar of online share trading schemes or any specific provider.

When investing internationally, consider the risks involved. Make sure to thoroughly research each investment before you take the plunge, and if ever in doubt, seek the help of a professional financial adviser.

A Beginner's Guide to Investing in Shares 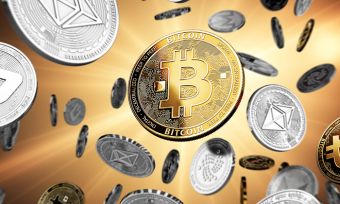