What is the Reserve Bank and the Official Cash Rate?

RBNZ is our country’s central bank. It has been in operation since 1934 and has been 100% owned by the New Zealand Government since 1936.

The Reserve Bank (RBNZ) manages monetary policies, such as the Official Cash Rate (OCR) to stabilise inflation and the economy, maintain a sound and efficient financial system; and supply our national banknotes and coins.

The Reserve Bank does more than influence bank interest rates

Whilst the Reserve Bank does influence bank interest rates, it also has widespread functions in the country’s economy, including:

We break down each of these 5 key functions of RBNZ in more detail, below:

The Reserve Bank cash rate, known as the Official Cash Rate, or OCR,  is used to achieve its target goal of keeping Consumer price Index (CPI) inflation between 1-3% on average.  The committee meets every 6 weeks (8 times a year) to decide whether or not to raise, lower, or maintain the cash rate. As at August 2019, the official cash rate has been lowered to 1%.

Check out how home loan rates are currently tracking with Canstar’s free home loan comparison tools. These rates are also updated as providers change them, including following any OCR changes.

The Reserve Bank is the only organisation with the authority to issue the currency of New Zealand. They sell this currency to banks in wholesale amounts at face value.

To detect forgeries and prevent quality deterioration, all notes are inspected by Reserve Bank experts. Polymer bank notes were introduced in 1999, so now old or damaged bank notes have to be shredded in a granulator. Previously (until 1989), old paper notes were taken up to the roof of the building and thrown into an incinerator. Now, though, our currency is brighter.

Coin minting and polymer bank note printing aren’t actually done in New Zealand at the Reserve Bank – it’s something that they regularly put out a tender for. Recent coins were minted in Canada and Great Britain, and our polymer bank notes are printed by Note Printing Australia in Melbourne.

How much money do they keep in the vaults on-site? It’s a well-kept secret, but… Enough for any cash reserve emergencies.

What about the gold? Actually, there is none. The bulk of the gold reserves were sold in the 1960s, and the last little bit of bullion was sold in 1991.

The Reserve Bank of New Zealand operates and supervises two payments and settlements clearing systems so that our nation’s finances continue to run smoothly:

The system registered banks use to complete transactions with each other.

In order to maintain inflation and the cash rate, the Reserve Bank operates in New Zealand’s domestic markets.

The Reserve Bank – an average day managing the cash rate

Ever wondered what the day is like for a staff member at the Reserve Bank? Here’s a more ant’s-eye perspective of the daily functions of the Reserve Bank of New Zealand.

What can you do at the Reserve Bank Museum?

The Reserve Bank Museum is a free centre for public education about how money comes into being, and how the New Zealand economy works.

It may not sound exciting at first, but this is no ordinary computer! The MONIAC is a pioneering, water-based economic simulator. It was invented in the late 1940s by New Zealander Bill Phillips because he wanted a new way to explain “macro-economics” to his students at the London School of Economics.

The MONIAC basically looks like a water tank, which uses different water levels to simulate the flow of money in and out of the New Zealand economy. It can make complex calculations that could not be performed by any other computer of its era – things like experimenting with ideas for monetary policy and exchange rates.

The MONIAC in the Reserve Bank Museum, Wellington, is the only operating water-based economic computer in the southern hemisphere. 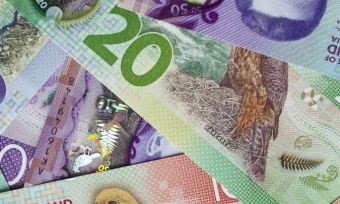