Advertisement
Cardano and its ADA cryptocurrency has caused a lot of waves in the Crypto community as of late. But what is Cardano, and why does it have people excited?

Bitcoin was, and is, the first cryptocurrency. It’s the one blockchain technology was created for, and it remains the most popular cryptocurrency still. But on the back of Bitcoin’s success, multiple cryptocurrencies and blockchain platforms are aiming to build on what Bitcoin started. And many believe some of these could one day overtake Bitcoin.

That may sound far-fetched, but no one predicted MySpace’s demise to the once little known Facebook.

This confidence is down to Bitcoin being increasingly thought of like a first-generation crypto. This is because Bitcoin is like mining for digital gold, and it’s blockchain is designed to trade this gold. Whereas Ethereum, the most notable second-generation crypto, expanded the uses of blockchain technology to include a variety of other features, such as smart contracts and dapps. And now we’re looking ahead to the third-generation.

One of these third-generation platforms is Cardano and its ADA cryptocurrency.

Of late, Cardano (ADA) has rocketed up the crypto ranks and is currently competing to be the third most valuable crypto (with a market cap of around $90 million).

But what is this little known crypto platform, and why has it got people excited?

In this article we cover:
What is Cardano?
How is Cardano different?
Proof of stake vs. proof of work
Why has Cardano grown so popular?

What is Cardano (ADA)

Ethereum co-founder Charles Hoskinson founded Cardano in 2017. Cardano is a blockchain platform and ADA is the native currency on that platform.

Cardano was created to “provide a more balanced and sustainable ecosystem” for cryptocurrencies. Sounds vague, I know, but Cardano aims to address what it sees as issues and challenges in the current crypto space.

According to its website, ADA is the only coin with a “scientific philosophy and research-driven approach”. Practically speaking, this means that Cardano’s algorithm and research is peer-reviewed by scientists and programmers in academia. This is highly unusual.

How is Cardano different?

Cardano is aiming to be a future-proof blockchain, in that it’s looking to address what it sees as key issues with the existing models. Cardano has a range of strategies implemented into its operation that it believes addresses key issues, such as scalability and environmental concerns.

Many of these solutions are based on Cardano’s Ouroboros consensus protocol being a proof of stake protocol (PoS) as opposed to proof of work (PoW), the original model that Bitcoin and Ethereum (for now) uses.

Many believe Cardano to be the first PoS protocol that is proven to be secure (it’s backed by a rigorous peer-review process remember).

But before a block goes into the blockchain, a block needs to be created. How the block is created is what is different with PoW or PoS.

With Proof of Stake, there are validators. These validators look at transactions, make sure they are correct and then put them into a new block. To be a validator you have to put in a stake (some cryptocurrency) to be given the opportunity to validate a block. It’s like an insurance to say you’ll do a good job (not validate fraudulent transactions) because the blockchain is holding your stake ransom.

The higher your stake the more chance you have to be selected. Whoever is selected to validate the block, does so, and is rewarded with the fees paid by the transactions that were in that block.

So Why Proof of Stake?

A few issues with Proof of Work are key drivers for the shift to Proof of Stake, they include:

With PoW, miners all compete to solve cryptographic puzzles so they can be the one to add the next block and get precious cryptocoins as their reward. When you factor in Bitcoin’s designed to add a new block roughly every 10 minutes, and currently offers 6.25 Bitcoins as the reward for each block (worth over $400,000 as of now) it can get pretty lucrative. But to be the first to solve these puzzles it takes some serious computing power. Not anyone with a computer can do it. In fact mining pools have entire factories filled with high-power computers linked together all day running algorithms to solve these puzzles. If that sounds like an expensive power bill, that’s because it is.

As the value of Bitcoin and other cryptocurrencies increases, more miners join. As a result, you need even more computing power to stay ahead of the competition.

What’s worse, is that Bitcoin is designed in a way that the puzzles get harder as more coins are mined and as more miners join. As the puzzles get harder, you need even more computing power to solve the puzzles. It’s a vicious cycle, and one that means Bitcoin miners currently consume more energy than entire countries.

With Proof of Stake, there are no fancy cryptographic puzzle races happening. A pool of people put in a deposit of cryptocurrency to get the chance to create the next block. If you are selected, you validate all the transactions in that block and then add the block to the blockchain. Your stake is then returned to you along with fees that were paid by the individuals who made the transactions inside the block you validated.

The need for energy-sucking complex computing systems is removed, significantly decreasing the power usage used by the network.

Bitcoin is designed in a way that a block is added roughly every 10 minutes. This is because when you add a new block, you receive new Bitcoin. The amount of new Bitcoin needs to be controlled. Think of it this way. Mining Bitcoin is like mining gold, if gold was available to be mined all the time and everyone could do it and everyone had a lot of it, it wouldn’t be worth much. Scarcity is important.

But because new blocks are full of transactions, and new blocks are limited, it limits how many transactions are getting verified. This impacts the ability of PoW platforms to evolve into widely accepted currency. Imagine if your visa card wasn’t instantaneous, for example.

This may not sound like an issue to a lot of people. But Bitcoin was not designed to be a niche investment style asset. It was designed to be the native currency of the internet. The internets version of the US dollar or the Euro. If this is to be the case, and it’s to be used like any other currency (only free from centralised control) speed of transactions are important.

But how is Cardano different?

With PoS and Cardano’s blockchain, this isn’t an issue. Not everyone is competing for the same block. Instead, they have Epochs. Epochs are portions of time that get split up into slots and each slot gets a block. Validators are lined up in a row to validate blocks one after another. When a block is filled with transactions the next slot begins. More slots can be added if needed and multiple epochs can be run at the same time. This means you could have multiple blocks being validated at the same time, significantly speeding up transaction times.

Because validators are awarded fees, as opposed to new coins being created, inflation isn’t an issue. There’s no need to limit the number of new blocks being added.

The public ledger system is crucial to the blockchain being decentralised. All transactions are sent between nodes – a public network of computers. Miners gather these transactions, verify them and add them to the blockchain. The nodes then keep a record of these blocks. This means the entire history of transactions made on Bitcoin is available on every one of these nodes.

This varies from, say, a bank, which is centralised, because your bank is the only one that has access to its customers’ transaction histories. You can see your own history, but you don’t have access to the transactions other people have made.

This is key to the blockchains decentralised purpose.

This process means that every single node receives a copy of every transaction. But as Bitcoin gets more popular and more and more transactions are made per second, these nodes need a lot of bandwidth to keep up. Whether they could keep up should Bitcoin, or another cryptocurrency, become more widely used and accepted is hard to know.

Cardano wants to split nodes up into subnetworks. Instead of every node having a copy of every transaction, these transactions would be split up across nodes. These nodes would have the ability to communicate with one another should they need to. This would significantly reduce the requirements needed by these nodes to handle each new transaction. 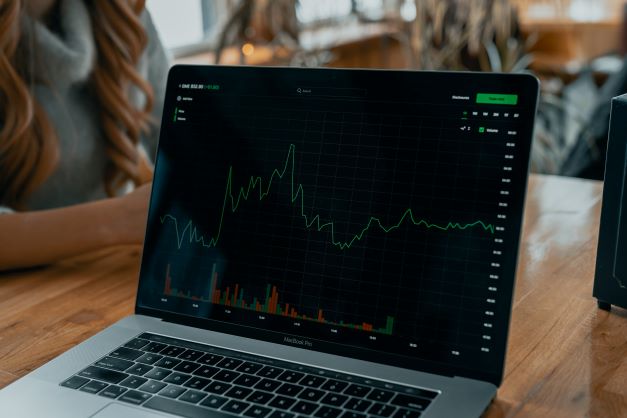 Why has Cardano grown so popular?

Well if you couldn’t already tell, Cardano is ambitious. It’s setting out to do a lot and that takes a while to do. It’s a process, and one that is happening continuously.

But a big update is coming, one that should add the ability to use smart contracts and to do more with Cardano’s blockchain technology; this is what made Ethereum so popular. It’s what separates it from being a platform for trading digital gold, and a platform that has been referred to as the Ethereum killer.

The excitement has inflated ADA’s price as people anticipate the update. Depending on how the update goes, it could determine how serious of a player Cardano is. And if ADA’s price will continue to rise, or slump.

Cardano is not without its issues or critiques. There are concerns, for example, its “Ouroboros” PoS model favours the rich, and its peer-review-centric model makes for slow work. Also, Ethereum, the second largest cryptocurrency, is planning to move to a proof-of-stake platform, which will effectively cut off much of Cardano’s point of difference.

Even if Cardano is successful in being a better platform, if people don’t use it, it could be a problem. And, frankly, they currently aren’t. For example, Bitcoin remains king, despite having slower transaction speeds, fewer capabilities, and a higher carbon footprint than other platforms.

So it’s too soon to think of Cardano as the saviour of crypto.

→ Related article: What is Ethereum? How it’s Different to Other Cryptocurrencies

Should I invest in Cardano (ADA)?

That’s really up to you. Cardano is young and any investment would be speculative, as are all cryptocurrency investments. Cardano promises a lot, but is yet to deliver on much of that promise and has few users compared to some competitors.

As always, do your research, and never invest more than you can manage.

Bitcoin vs. Ethereum: What’s The Difference?

Five Things to do Before Investing in Bitcoin