A Canstar Blue survey has ‘lift the bonnet’ on New Zealanders’ car insurance habits, sending a clear message from people across the country that uninsured drivers and vehicles have no place on New Zealand roads. 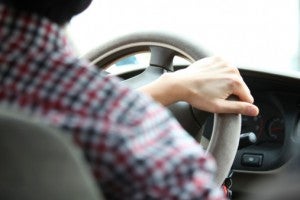 Eighty six per cent in the nationwide survey supported the view that if you can’t afford insurance then your vehicle should not be on the road, says Canstar Blue General Manager Derek Bonnar.

“Gen Ys, were least likely to agree (65%) compared to Gen Xs and baby boomers. Perhaps that’s because Gen Ys are more likely to be cash strapped compared to older New Zealanders,” he said.

Being involved in an accident with an uninsured driver can be costly; 11% in the survey say they have taken an uninsured driver to court, with Aucklanders (26%) Gen Ys (22%) and Gen Xs (24%) more likely than those from other regions and age groups to do so.

While nearly all (91%) say their car insurance provider is easy to deal with, switching appears to be on the rise.

“This is the third year of our survey, and while most have remained with their current provider, 15 per cent have moved their business, up from 10 per cent the year before,” said Mr Bonnar. “Aucklanders were nearly four times as likely to switch compared to those from other regions.

“Value for money (35%) is the biggest driver of satisfaction, followed by quality of service (23%) and clarity of policy (23%).

“The car insurance market is competitive, and Auckland exceptionally so. Consumers should always compare prices and policies on a regular basis, just to make sure they have a policy that best meets their needs,” added Mr Bonnar.

“In addition, a quarter of respondents reduced their cover in order to manage premiums, with Aucklanders (38%) leading the charge towards lower cost cover.”

Crime statistics show that car theft and theft from cars is trending downwards over the past two decades. Despite the risks, nearly a quarter say they regularly leave valuable items in their car, with Aucklanders (38%), Gen Xs (41%) and Gen Ys (42%) most likely to do so. Baby boomers – perhaps having learned from experience – were least likely to, at 13%.

Consequently, 20 per cent had valuable personal items stolen from their vehicle at some point in their lives. Theft from cars seems to be a particular problem in Auckland, with respondents from the City of Sails more than twice as likely as respondents from any other region to fall victim to thieves.

Analysis of claims shows the majority were for accidents (66%) and a large minority for windows/windscreens, says Mr Bonnar.

“The most unusual claims shared in the survey were for flood damage, damage caused by animals (hit a dog, lamb ran into car) and a hit and run at the cemetery,” he said.

Taking out the Canstar Blue award in 2015 for overall customer satisfaction is AA Insurance.

“AA Insurance has achieved a three-peat, topping the overall satisfaction award for three surveys in a row. That’s quite an achievement in a highly competitive market where there is a high level of performance,” said Mr Bonnar.