The official cash rate (OCR) in New Zealand has been lowering rapidly and is now at 2.25%. Australia’s rate sat at 2.00% without moving for 12 months, but in May this year was cut by a further 25 basis points, to a low of just 1.75%. both countries are currently talking of further cash rate cuts…

We look at what it all means for the interest rates savers can earn on their deposit accounts, and which country you should open an account in. As always, there are still good rates to be found if you compare savings accounts or compare transaction accounts.

What rates are doing in New Zealand

Rates went up quickly and they’re coming down quickly.

In early 2014, when the cash rate first began to rise, it did so because New Zealand was experiencing significant economic expansion, growth with its main trading partners, high export prices for commodities including dairy. All of this was causing inflation to rise – and the best way to bring it down, the RBNZ judged, was to raise interest rates.

In mid-2015, the RBNZ began to quickly lower the cash rate, stating reasons such as increasing volatility in global markets because of movements in the USA, China, and Australia. The fall in commodities prices was now becoming quite pronounced, with weakening prices to sell dairy and increasing prices to buy petrol. Housing prices in Auckland were rising rapidly, and the RBNZ was looking forward to new LVR measures and government taxes that would curb investor activity.

In early 2016, the RBNZ pointed to a deteriorating outlook for global growth since their December statement, with weaker growth in China, emerging markets, and Europe; an increase in financial market volatility; and commodity prices remaining low.

This is despite the RBNZ having already cut the cash rate, and several other countries lowering also their interest rates. This has the RBNZ worried, and may result in further cuts to the cash rate.

New Zealand’s inflation is at an almost non-existent 0.40% (although it has been lower in recent times!) The RBNZ says they are willing to lower the cash rate further, if that is what it takes to ensure average inflation rises to the target range. However, they expect that the current low cash rate, on top of positive domestic growth from strong migration, tourism, and construction activity, will balance out the recent global concerns.

During its latest period of rate cuts, New Zealand has seen weak export prices including domestic dairy. Their “dairy crisis” had a similar effect back then to the effect the end of the mining boom is having now in Australia.

New Zealand’s housing market is now stabilising in Auckland but pressure is building in other regions. Real Estate Institute data released in mid-April showed the median national house sale price rose 4.2 percent to $495,000 in March while sales rose 8.2 percent to a nine-year high for the month of 9,527.

According to the ANZ Roy Morgan survey of consumer confidence, consumers are feeling better off now compared with a year ago. This is in large part thanks to unemployment being down and house prices rising.

What rates are doing in Australia

Rates came down and they’re staying down.

The Australian official cash rate is sitting at 1.75% after a surprise 25 basis point cut in May.

In early 2014, when they started their upward swing on the see-saw, Australia’s RBA was keeping rates low because of high unemployment and inflation. Australian commodities prices had declined from their peak during the mining boom, but in historical terms they still looked good.

In mid-2015, when Australia saw its most recent rate cut, trade and commodities prices were in sharp decline. Improved trends in the housing market and unemployment levels meant the RBA didn’t need to cut rates again for a while. Lower interest rates supported our economy during this period when business capital expenditure and public spending were both down. It meant financial institutions increased their lending to businesses.

Now in 2016, the RBA predicts the global economy will continue to grow, although at a slightly slower pace than previously expected. Conditions have become more difficult for a number of emerging markets, although several advanced economics have shown increased growth. Since many other major international markets are keeping their cash rate low, the RBA has deemed it appropriate to also keep its cash rate low and in fact even lower – at just 1.75%.

Let’s look at some of the specific factors contributing to the Australian cash rate decision.

Australia’s inflation remains low at 1.3%, and the RBA predicts this rate will remain low for the next year or two. “Low” is relative of course; our own inflation rate is sitting at just 0.40%!

Australia’s trading prices have been in a substantial decline over the past couple of years, and commodity prices have only recently increased a little.

In this way, the RBA has kept the cash rate low for good reasons. Low interest rates have enabled positive growth in lending to businesses and the overall GDP in 2015. These are things we need to encourage in order to rebalance the economy now that the mining investment boom is wrapping up.

Australia’s housing market has remained subdued in most cities, and even the outrageous growth in Sydney and Melbourne is beginning to moderate. Low interest rates are supporting demand, while supervisory measures are containing the risk of lending too much.

Consumer sentiment and business confidence had improved recently, however, there is still significant uncertainty about the global outlook. As we have previously reported, consumer confidence showed a huge boost after the change in federal leadership, but in March 2016 that had settled.

What it means for savings interest rates

So what does all that analysis mean in terms of the interest rate that both Aussies and Kiwis can achieve on their hard-earned savings? Interestingly, the average rates on offer across at-call accounts in Australia and New Zealand is, at time of writing, the same: 2.61%. And despite the lower official cash rate, savvy shoppers in Australia can do significantly better on their at-call cash account than their Kiwi cousins, with a top rate on Canstar’s Australian database of 3.60% compared to a top rate on Canstar’s New Zealand database of 3.00%.

In both countries there is, as can be keen, a significant difference between the highest and lowest interest rates on offer across at-call savings accounts. So if earning a good return on your money is important, you should definitely shop around! 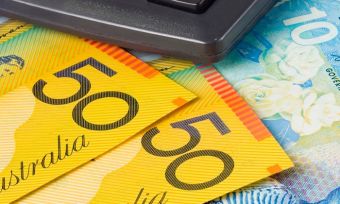 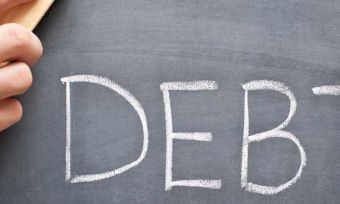 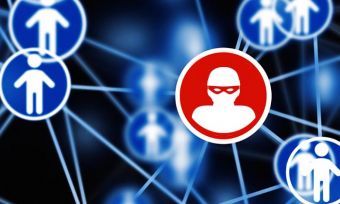