“More than 1000 New Zealanders rated their personal loan provider on overall satisfaction, with the largest drivers towards the rating being customer service, loan flexibility and value for money.

Canstar’s survey results revealed that the two most popular reasons for New Zealanders taking out a personal loan are to purchase a car and to pay off other debt, in the form of debt consolidation. The research showed that 41% of respondents initially took out a loan of between $5001 and $20,000. Less people are opting for higher loan amounts, with just 16% of the survey respondents saying that they took out loans of more than $20,000.

“In today’s low-rate environment, people are able to borrow at a lower rate and debts are likely paid off faster,” Mr George says.

“For this reason, personal loans are often an appealing choice for debt consolidation, and for smaller loans.”

Debt Consolidation: How a personal loan can help you to pay off your debt

Debt consolidation is the process of taking out one loan to pay off multiple forms of debt – essentially combining existing loans into one, more attractive loan.

1. Lower interest rate: Personal loans have attractive interest rates. In the current rate market, personal loans tend to have lower interest rates than other popular loan options such as credit cards. For instance, the lowest rate personal loan for $15,000 over a five-year term is 6.99%, according to Canstar’s database. At that rate, you would be making monthly repayments of $297 for five years and will have incurred $2817 in interest over the loan term.

2. Pay off your loan faster: Due to personal loan interest rates being lower, borrowers can pay less in interest over the lifetime of the loan, and as a result, may be able to opt for a shorter loan term.

3. Improve credit: Debt consolidation can help to improve your credit score due to the fact that potential lenders will see you have paid off multiple loans and made an active decision to pay off your debt as a whole.

4. Easier to budget and manage: You will only need to take one loan into account when creating and maintaining your budget. Instead of juggling multiple repayments, your obligations are consolidated into one singular transaction.

5. There is less of a chance of late repayment: Having just one debt obligation means it will be easier to keep track of repayments to avoid late payment fees.

Take a look at Canstar’s guide on how to choose a debt consolidation loan and avoid paying too much.

How to get a loan with bad credit 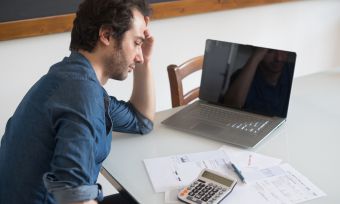 How to borrow money from your bank 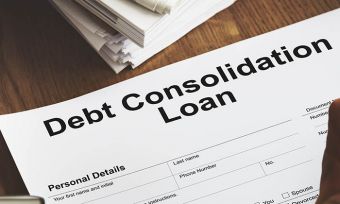