The dashcam never lies! There’s no disputing the accident footage they capture, but can they also help cut the cost of your car insurance?

Dashcams are mounted on the inside of the windscreen of your vehicle, and have the potential to be a game changer on the road. That’s because they continuously record the view through the vehicle’s windscreen – automatically capturing accidents or incidents. Canstar explores their benefits and what it means for your car insurance.

Dashcams can capture the moments that would normally come down to your version of the story as a driver. Whatever the occurrence – a car cutting you off, someone jumping in front of your vehicle – the dashcam records it. This can provide evidence to assist the police and insurers to impart blame in the event of an accident.

A dashcam’s footage is especially useful when there are no witnesses, if both drivers claim to have been the innocent party, or in the event of a hit-and-run accident. Unquestionably, the most prominent benefits of dashcams for drivers is to limit their liability in insurance disputes – but there are other benefits, too. Safety and security of vehicles is a growing area of concern, and dashcam technology goes some way to help the problem.

Dashcams can also have the same effect that speed and red-light cameras have on our roads. When people are aware that they’re driving within the vicinity of these cameras, their natural response is to drive more carefully. Similarly, as more and more people use dashcams, it could prove a deterrent to dangerous road users, afraid being caught out and prosecuted.

Can a dashcam help you save on your insurance premium?

A search for dashcam accidents returns more than 200,000 results on YouTube. So, obviously, dashcams are capturing plenty of accidents. But can they help you save on your insurance premium? Well, as far as Canstar can gather, the answer is no!

AA Insurance notes dashcams are growing in popularity among Kiwis as they become more affordable; and QBE Insurance has endorsed the benefits of dashcams, saying the information they provide is valuable when there is a dispute.

QBE said footage has been particularly useful in situations where liability was unclear or disputed. The insurer says it recently processed a claim involving a customer’s parked car that was hit by a vehicle that drove away. The stationary car’s dashcam caught the accident on camera, the other driver was found liable, and QBE’s customer wasn’t out of pocket for the standard excess.

But there doesn’t appear to be any specific wordings on car insurance policies in NZ that says having a dashcam will help save you money on your premium. That said, dashcams don’t prevent accidents from happening, and currently there isn’t any evidence that points to dashcams making people better drivers, so why would there be a discount?

A dashcam’s footage is only beneficial if you find yourself disputing an accident. The issue of who’s at fault can be tricky to determine, especially if there are no witnesses, and a dashcam can help resolve this.

Ultimately, if you want to save money on your car insurance, the easiest and quickest way is to research the best deals on the market. Canstar makes this easy, by comparing different providers for value for money and customer satisfaction. The grid below shows the 5-Star winners in the 30- to 49-year-old driver profile from our 2021 car insurance awards and ratings.

Footage may help in the case of disputes

Some insurance companies may accept dashcam footage when trying to prove you’re not at fault in an accident. As we mentioned above, if your claim becomes a dispute, it’s always better to have more evidence than less. Why not phone your insurance company and ask them about their policy on dashcams?

Dashcams can also be of great help if your parked car is the victim of a hit-and-run. Some dashcam models turn on when they detect motion, making it possible to catch those jerks that hit into your parked car and don’t leave a note.

Keep in mind that having footage of an accident doesn’t guarantee that it will be used by an insurer. And dashcams can’t provide a clear picture of every type of accident. While many dashcams try to offer as wide a view as possible, they are still only pointed in one direction.

If you have a cheaper model with poor picture quality, while it might show that something has happened, it might not explain why. And when determining if you’re at fault or not, the “why” is the most important part!

In the majority of circumstances, car cameras are perfectly legal to use in New Zealand. The Privacy Commissioner has a great explanation of the privacy implications of dashcams here.

Essentially, recording something with a dashcam, and distributing that recording publicly, is bound by the same rules that apply to recording anything else publicly.

To quote the Privacy Commissioner: “Our advice to people wanting to upload video taken by dashcam (and this also applies to CCTV and drone footage) is to consider carefully why you might need to do this. If there is a compelling reason, you also need to think about how to edit out or mask the number plates of other cars, or images of passers-by. If you see examples of dangerous or bad driving, uploading the footage to YouTube is not necessarily the best way of drawing attention to it. A more effective option might be to give the footage to police.”

Do you need a dashcam?

While the benefits of owning a dashcam aren’t exactly concrete, there’s no real downside to having one, as long as you follow your local laws. But do you need one? Not really. If you want one, however, there are enough benefits to justify the cost of a reasonably-priced model.

Some people recommend mounting both a front- and back-facing camera but, again, there’s no guarantee you’ll need it. For now, buying a dashcam is like buying insurance extras: it might just be your saving grace under the right circumstances, but there’s no huge benefit to it upfront.

Where should I position a dashcam?

To get the most from your dashcam, position it to capture the broadest possible view of the road ahead. But wherever you place it, make sure it doesn’t obstruct your vision. You wouldn’t want it to cause an accident!

Canstar compares a range of car insurance providers in New Zealand. You can hit the button below to compare them for free:

What to do In the Event of a Car Accident 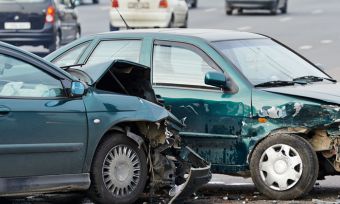