Advertisement
Interest rates are up and house prices are down. But it’s not all bad news on the housing market front. Squirrel founder John Bolton explains.

It probably won’t come as a surprise to anyone who checked out the housing market recently, but house prices are officially on the way down.

While some may be treating it like breaking news, in reality, the tide started to turn as early as October or November last year. Higher interest rates, tightened LVR restrictions, CCCFA changes and removal of tax deductibility for property investors have all played some part in ushering in changes to the market.

Across the lending industry, latest predictions are that house prices will end up roughly 10% down on their peak last year. But in light of all those headwinds, the market is facing at the moment, I wouldn’t be surprised if things went even further.

My sense is we could be looking at a drop of somewhere between 10% and 20% from the dizzying heights the market hit last year.

That sounds like a lot, and it is. But when you remember that house prices skyrocketed by more than 20% in the last 12 months, it really just means things would settle somewhere close to where they were at the start of 2021.

If that is the case, although there would be a cost for the unlucky few who bought in September and October, when prices were astronomically high, most of us would still be left sitting on significant gains.

In reality, I think Auckland has seen most of that price fall come through already. But the rest of the country may have some way to go.

It’s extremely nuanced, and the impact will differ suburb to suburb, and city to city, depending on the level of buyer demand for that area. There could be pockets of the country where you see bigger falls. Such as areas heavily exposed to tourism, hospitality and retail (like Queenstown) where businesses have had an especially hard run, and homeowners may be forced to sell.

It pays to bear in mind that even if most of that price drop has come through – and we’re about to enter a period of relatively stable nominal house prices – high levels of inflation mean, in real terms, house prices are actually falling.

I mentioned earlier that there are a few different factors that have contributed to falling house prices – rate rises, LVR restrictions, CCCFA, tax deductibility – but by far the biggest of these is rising interest rates.

As rates have gone up in recent months, that’s dealt a really significant blow to borrowers’ affordability, in essence leaving them unable to meet vendors at the sort of prices we were seeing in 2021.

To show you what I mean, let’s use an example:

Say, last year, someone was looking to buy a property for $1,000,000 – and because interest rates were really low, they might have been able to borrow $900,000. Today, with interest rates as they are, that same person could only afford to borrow about $800,000.

That’s a decrease of about 10% on affordability, or the maximum price that a borrower can afford to pay – so it makes sense that we’ll see house prices come back around this same level.

What’s in store for interest rates in the coming months?

My expectation is that interest rate increases have largely done their dash.

If the Official Cash Rate (OCR) is set to peak at 3%, or just over, we could reasonably expect to see mortgage rates of between 5% and 5.5% – possibly getting to 6% temporarily, as a bit of a stretch.

Looking at where longer term fixed interest rates are now – most are already sitting between 4.5%, and just over 5%, with the odd outlier even higher than that.

That tells us that fixed mortgage rates have already largely priced in the expected increase to the OCR. And they’re probably not going to get a hell of a lot higher. If interest rates do stabilise, that will mean people have the chance to adjust to the current environment.

Ultimately, higher interest rates are a tool for the Reserve Bank to help tackle inflation, slow down the economy and the housing market. And given the significant impact this increased cost of debt will have on people’s affordability and discretionary income – I’d expect they’ll do the job as intended.

However, it’s not all bad news – there are a number of factors working to support the market.

There’s been a lot of hypothesising in recent weeks that the border reopening is going to see house prices jump up again, but I don’t believe that for a second.

I do think, though, that the influx of people (chatting to immigration businesses, the numbers are staggering) is going to have a real stabilising effect.

In the immediate term, we’re going to see a lot of people entering the rental market, which is great news for property investors. And the added demand from those getting residency visas, for example, and wanting to buy, will be another factor helping to support house prices from any kind of collapse.

If you’ve been following the CCCFA saga, you’ll have seen the recent announcement that some of those changes that came in pre-Christmas – and created a really restricted credit environment for mortgage borrowers – are now being unwound.

The review has appropriately recognised that people who are buying property (including business owners and older borrowers with lots of equity in their existing homes) aren’t vulnerable borrowers. And that’s awesome.

With those changes expected to come through in June, that will certainly make it a little bit easier to get into the housing market, and support house prices somewhat.

As the housing market settles down, and that reduction in house prices trickles through, we can also expect to see the Reserve Bank ease back on the tightened LVR restrictions it introduced late last year.

That’s going to make it easier for low-deposit borrowers to get into the market, and support house prices even further.

Whatever happens, I don’t think we’re in for a market crash.

Really big falls in house prices tend to correlate with recessions and high levels of unemployment. As long as New Zealand continues to enjoy full employment, I’d say a crash is off the cards. This is in spite of the added pressures of high interest rates and inflation.

If New Zealand were to go into a recession, we’d need to see a spike in unemployment across those more highly skilled sectors (where homeowners are) for it to have a tangible impact on house prices. And from everything I’ve seen, that just won’t be the case.

You can also expect lenders to be doing what they can to support the economy, in the event unemployment risk does grow. We certainly saw this during COVID, with the banks being really slow to move on mortgagee sales where someone had lost their job – and so that would be another buffer against a significant drop.

Betting against the housing market is a bet against the Reserve Bank and the government. It just won’t happen willingly.

John Bolton founded Squirrel in 2008. He is a former General Manager at ANZ, where he was responsible for the bank’s $60bn of retail lending and deposits. He has 10 years of senior banking experience behind him in financial markets, treasury, finance, and strategy, and is a director of Financial Advice New Zealand, the industry body for financial advisers. Check out Squirrel’s website for how Squirrel helps first home buyers, here. 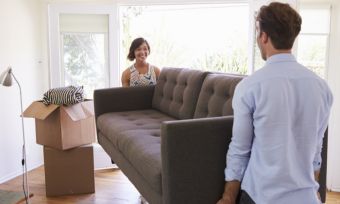 What is the Average Home Loan in New Zealand? 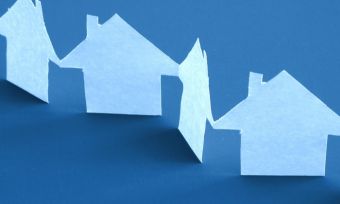