If you’re looking to boost your savings, the out-of-sight out-of-mind theory can work to your advantage. Term deposits offer just that; you reap the benefits of stopping yourself before dipping into the kitty. But what return are you really getting for helping the bank top up their reserves?

It goes without saying that 2016 has been a year of big changes. On an international level, Donald Trump was elected US president, which has had a ripple effect across global economies. Back on home soil, prime minister John Key announced his shock resignation, handing over the reins to Bill English. And, our Official Cash Rate has also been cut three times in the space of a year, in turn impacting on bank product rates.

OCR cut= savings rate cut – or does it?

Traditionally, a cut to the official cash rate would mean consumers would expect to see a reduction in lending interest rates, but also a lower return on their savings. But in recent months, bank product interest rates have increased/decreased independently of the cash rate, with the OCR acting as more of a guide than a direct indicator.

Following the 11 August 2016 OCR reduction from 2.25% to 2%, four of the five major New Zealand banks made a surprising move. ANZ said it was time for New Zealanders to have more of a focus on savings, increasing rates for some of its term deposits by up to 30 basis points, to 3.60% per annum. Westpac, ASB and BNZ also increased some term deposit rates. You can read a full recap on these rate changes here. However, many term deposit rates have since gradually dropped back down. So, in light of these out-of-character term deposit rate changes, let’s see what has happened to savings rates over the past year.

A year in the life of New Zealand term deposit rates

A lot can happen in the space of the year. As far as the New Zealand economy is concerned, there have been three cash rate reductions in 2016 alone. But despite this total 0.75% (or 75 basis points) cut, fortunately for savers, overall, savings returns have not plummeted to the same degree. When it comes to the shorter length term deposits – 3 months, 6 months or one-year – there have been reductions in rates, but relatively marginal given the multiple cash rate cuts.

So, while the OCR has been reduced by 75 basis points, in the case of shorter term deposits, the biggest reduction to rates is only as high as 16 basis points.

Long term deposits: bigger benefits if you’re in it for the long haul 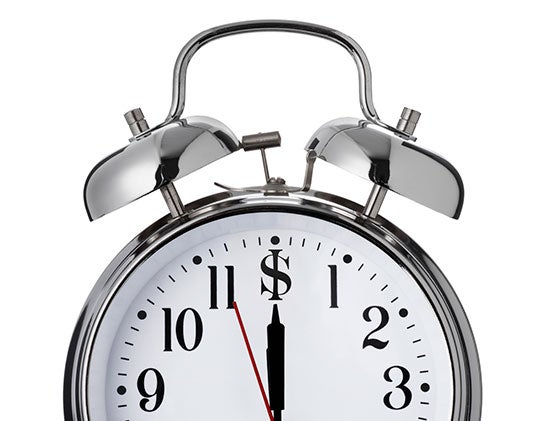 The news is even better if you’re in it for the long haul and are in a position to lock away those savings for longer than a year. In fact, in the case of two-year deposits, the maximum and average interest rates have increased across all nine term deposits Canstar rated. However, the minimum rates have decreased for these term deposits.

Have a look at how longer term deposit – two, three and five years – rates have changed in the past 12 months:

While there are rewards for locking away your savings, the suitability of the length of a term deposit – or even using this type of investment option – will vary between individuals. Before you commit to any financial product, always take a step back and look at what financial commitments you have and any potential consequences of tapping into your savings early, should you need to. We’ve also covered the fundamentals of term deposits and a guide to helping you select a term deposit length. Provided you’ve done your homework and you know what you’re in for, a term deposit can be a great way to turn plums into jam.