Advertisement
Of course you want a high interest term deposit to maximise your savings. But what’s best – a long or a short term deposit?

Six months or two years? One year or five years? Choosing the correct tenure to get your best term deposit rates in New Zealand can be quite the minefield.

The choice of tenure of your term deposit can make a huge impact on whether you are really getting a high interest term deposit. While it can be tempting to simply look for the best term deposit rates on offer, this is not the only factor.

Aside from looking for a high interest term deposit, also consider:

When do you need the money?

Once you invest in a term deposit, the money is there for the entire length of time selected.  It might be easy to overlook this if you see dollar signs with a high interest term deposit, but you could get caught out if you need the money before the term is up. It’s important to be realistic about how long you can practically lock your money away.

What are the withdrawal penalties?

If you do need to access your money early, be aware that early withdrawal penalties apply on term deposits – and they can be steep! According to the Banking Ombudsman Scheme, if providers agree to break the term deposit, it will most likely reduce the rate of that high interest term deposit that you gleefully signed up to. The provider might also seek to recover interest that was paid at the higher rate during the term of the deposit. The reduction in interest may depend on the amount you put into the account, the current interest rates, and the length of the term.

Is the security of the institution acceptable?

Investors should make themselves familiar with the credit rating of their selected institution and ensure that they are comfortable with that rating.

The hunt for the best term deposit rates in New Zealand 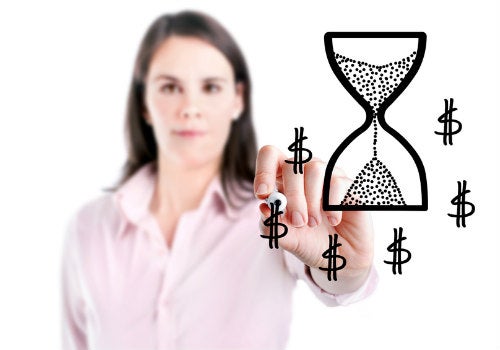 While we can’t provide you with a magic formula for finding the best term deposit rate in the country at any given time, we can certainly make the process easier by giving you a good range of providers’ rates to compare. It’s also important to keep in mind how changes to the Official Cash Rate can impact on term deposit interest rates.

Banks set their term deposit rates around what they expect to happen in the wider economy and may sometimes pay a small premium for longer-termed deposits. While none of us have a crystal ball, it’s important to be aware that interest rate movements during the term of your investment will affect your return either for better or worse.

At the time of writing, the Reserve Bank of Australia had just ruled to lower the OCR to a record low 1.5%. In an interesting move from Australian banks, the larger banks swiftly moved to pass on some of that rate cut to borrowers, while increasing term deposit rates.

The Reserve Bank of New Zealand is due to review its cash rate on 10 August and economists are predicting it will reduce the rate from its current 2.25%. Should this happen, it will be interesting to see whether New Zealand follows in Australia’s footsteps and passes on some of this rate to savers using term deposits. This move could give New Zealanders a greater chance of finding a high interest term deposit.

It should be noted, though, that when interest rates are low, the effect of a rate change will not be overly significant unless you are investing a substantial amount of money.

John has $100,000 to invest and decides to take a 3-year term deposit, offering a rate of 3.70% per annum as this is better than the 3.40% on offer for a 12 month term deposit. The approximate income over the first 12 months would be as follows:

After one year, John has earned an additional $300 on his funds by choosing the higher interest rate of the three year term deposit.

But what if rates increase?

Let’s assume that at the end of the first year, the official cash rate is on the rise and the 12 month term deposit rates on offer have increased from 3.40% to 4%. John’s income in year two would look as follows:

Whether John would earn more from fixing for three years or more for fixing for 12 months would therefore come down to the interest rates on offer at the two year mark.

The bottom line with choosing a term deposit length:

It’s impossible to get the tenure right every time and even the best economists can’t predict the future. Being realistic, though, about your need to access the money in the future and the likely economic trends will help you balance getting a high interest term deposit, with your other needs – such as access to your funds.