Advertisement
Pay Wave would have seemed like magic in the 1970 or 80s. In Europe contactless payments are growing by 200 per cent annually, which shows the technology is gaining traction.

Don’t wait too long to start using Pay Wave, however. In blink of an eyelid Kiwis won’t even need EFTPOS or credit cards.

Instead we might scan our faces or tap our fingerprint to make payment from our bank account. A survey found that more than half of UK consumers believe they’ll be paying by fingerprint by 2025.

Cash is trash and RIP to the credit card

Cash is trash, in the words of Forbes Magazine. Technology is moving so fast that the credit card is headed the same way – to the scrap heap

Kiwis want hassle-free fast ways to pay. And those new ways to pay are on their way. The credit card killer in the short to medium term is likely to be our smartphones, which will have the same ability to pay at a terminal as our credit cards once did.

One day not so far away we may only need our handprints, fingerprints or a scan of our faces to pay. A Swedish-built scanner form Quixter can already read vein patterns in a person’s hand.

Thanks to a technology called NFC (near field communication) details of our credit cards can be uploaded into a virtual wallet and the phone waved at a Pay Wave terminal. Kiwis are starting to download the Semble app, which allows them to do just this with a limited number of cards such as the ASB Visa and BNZ Classic MasterCard.

If NFC does gain critical mass of payments our phones will also store our travel cards and rewards cards and clock up points automatically when we buy a coffee or spend money at the supermarket.

Apple’s iBeacon technology could make this more seamless. iBeacon sends out a signal to our phones that can give us information such as floor plans, daily specials and so on as we enter the store. It will recognise when we’re at the checkout and the wallet app can be fired up magically with the right card and waved at the card payment machine. No more fumbling to unlock your phone.

There is of course a chance that we’ll skip this technology, Pass Go and move onto something else. For example smart watches can be fitted with NFC chips and could be waved at terminals to pay for our goods and services. It’s harder to leave a smartwatch or wristband at home or lose a smart watch because it’s attached to you. A smartphone or credit card can be left at home.

The killer payment method of 2025 may be one that is being worked on currently or not even invented. Some of the many, many new technologies being worked on will turn out to be just hype and will never make it into the mainstream of our lives. The winner is likely to be the one that is most disruptively convenient.

Apps will also revolutionise the way we pay. Paying your mates for that beer or your share of the dinner is going to become a lot easier with apps such as Venmo that allow big expenses to be split. With Venmo and apps like it you can send by text a charge to your friend to be fulfilled. Or they set up a payment to you and it’s completed over Bluetooth. It makes paying friends and family incredibly easy.

In the UK Pizza Express launched an app that allowed customers to book their tables before arriving and pay from their tables, without having to get the bill from their waiter.

Apple Pay has received a lot of publicity overseas, but isn’t currently available here. Users load their credit cards onto their Apple Pay accounts, tap their phones on a payment terminal when they want to pay and then scan their fingerprint for confirmation. EFTPOS New Zealand says its Verifone Evolution range of terminals is equipped to take Apple Pay when/if it is rolled out here.

Lose your Visa card in the 21st century, as I did and the first words from your friends will be “Pay Wave”.

Technology is often way ahead of what Kiwis are willing to actually use. We worry whether these new technologies are safe. Even if they are safe, we won’t use them if our perception is that Igor in Vladivostok, or Mr Michael of Nigeria can access our life savings or that someone else’s bill could get charged to us if we walk too close to the EFTPOS terminal carrying our cards.

Each and every new payment method does come with security issues. Apple and Google hold all sorts of personal information about people such as their location, contacts, and personal photos. Not everyone would feel secure using Apple Pay and Google Wallet for this reason. What happens if Apple or Google’s servers are hacked? Or for that matter your smart phone is lost or the screen cracked and it doesn’t recognise your fingerprint? Will we need to carry emergency plastic credit cards just in case?

Tech businesses worldwide are looking for antidotes to our collective fear. One of those solutions is called Signifyd. This verifies credit card transactions by tracking where the purchase is being made or the computer is located, and verifying your address and phone number and matching email addresses, with social media profiles. Is it the answer? No-one really knows.

What’s more, new technology sometimes comes with fish-hooks. For example, fingerprint scanning technology needs to be able to determine that the finger is attached to a live body.

Fingerprint or other bodily-related payments also mean that you can’t go out without your cards for safety. What say you want to spend the evening partying at Carnival in Rio de Janeiro? Today you’d leave your valuables behind in your hotel. You can’t with fingerprint or face payments. In theory anyone with a gun or other weapon can take advantage of your inebriated state and force you to the nearest cashpoint to empty your account.

No longer are all currencies tied to a specific country. Chances are you’ve heard of “bitcoins” but have no idea what they are. Bitcoins and other virtual currencies such as Litecoins are a digital currency that can be used to buy goods and services. They are even accepted at a small number of businesses in New Zealand. Like all currencies, such as the NZ$ they have a value because people are willing to trade them. If no-one wanted to trade bitcoins or use them, they would become worthless in the same way the Zimbabwe Dollar did.

How to control credit card spending & get out of debt 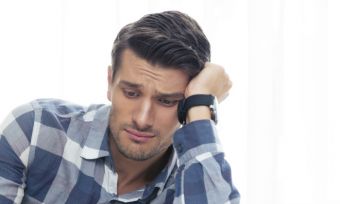 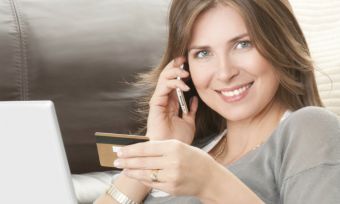 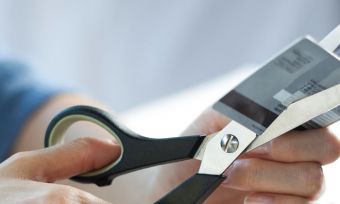