The drama that is Brexit shows no sign of abating. After more than three years of tortuous negotiations and the scalps of two Prime Ministers, the United Kingdom (UK) is no closer to finalising its Brexit plans.

The bravado of the UK Prime Minister Boris Johnson has been curtailed while the patience of the European Union has run dry. And still the clock ticks on the Brexit deadline countdown.

Kiwis have a long relationship with the British – plenty of us have lived, worked and partied in its great cities and towns – and we have been watching the negotiations unravel since former Prime Minister called the ill-considered referendum back in 2016.

Now, as UK MPs confront Brexit’s (alleged) final deadline, we ask what this means for Kiwis.

What’s the latest in the great Brexit debacle?

The UK parliament has been suspended for five weeks on at the request of hardline Brexiteer and recently appointed Prime Minister Johnson. The decision to do so, which was authorised by the British Queen, means that Parliament is out of session until two weeks prior to the Brexit deadline of October 31.

The prorogue has left MPs little time to challenge Johnson’s avowed commitment to leave the European Union with or without a deal.

However, MPs did manage to drive through legislation designed to extend negotiations should no deal be reached.

Travelling to the UK? Compare travel insurance with Canstar

Parliament will return from its suspension in mid October.

It is not yet clear how Johnson will react to the legislation, given he has declared he would rather “dead in a ditch” than miss the October 31 deadline.

However, if he ignores the legislation he faces jail for contempt of court.

There are suggestions he is now softening his approach to the negotiations given the increasingly limited options for his do-or-die approach.

How will Brexit affect New Zealand?

The UK is New Zealand’s fifth-largest trading partner. Trade between the two countries is worth around $6 billion, and the UK’s pending exit from the European Union has triggered a flurry of negotiations for post-Brexit deals.

Both countries have said they will negotiate a bilateral Free Trade Agreement, but the UK needs to get through its exit from the European Union first.

However, the bigger picture is the risk of a recession for the UK should it crash out of the European Union without a deal

Warnings over the impact of no-deal impact, including food shortages and days-long delays at the borders, are dire. A recession in the UK, combined with the increasing tension between China and the US, could trigger economic slowdowns around the world, including New Zealand.

How will Brexit affect your travel plans?

Little is certain about what shape Brexit will finally take. However, we do know the value of the pound has fallen significantly since 2016. Back then, it was worth well over $2; now it floats around the $1.80 mark. If you’re thinking of travelling to the UK, it is worth keeping an eye on the exchange rates to try and grab some bargain pounds before you go.

If you plan to travel between the UK and Europe after Brexit, New Zealand’s Ministry of Foreign Affairs advises you check the status of issues including your rights to medical care, drivers’ license requirements, and changes to mobile phone roaming charges. It also warns of the possibility of delays at the borders.

Canstar recommends any travellers going to the UK and Europe after Brexit ensure they have checked out the best travel insurance deals for their circumstances – and ones that include any issues that arise as a result of Brexit.

Any New Zealanders who hold European or British passports will need to refer to the respective governments for guidance if they intend to travel on these documents.

So should I still go to the UK and Europe?

Yes! The Brexit chaos doesn’t take away from this part of the world’s wonderful history and culture. The Big Ben still stands, the London Eye still turns, and the Tate Modern still showcases some of the most brilliant artists of our time.

The UK might be stumbling toward a new and uncertain political future, but its charms will still remain. 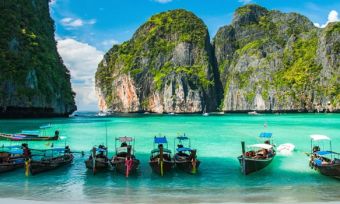 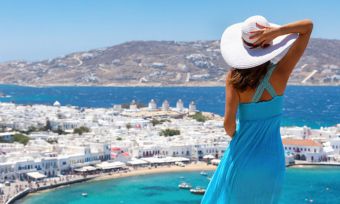 Travel money card fees to watch out for