Advertisement
The Canstar Australia team shares advice on which Australian animals to keep your distance from when you travel across the ditch.

Australia is a popular destination for New Zealanders. It’s only a short flight away, and the country is similar enough to home to feel comfortable, while offering enough differences to fill a fantastic holiday. Wherever you’re heading in Oz, though, it’s a good idea to be mindful of some of the wild animals you (are unlikely to but nevertheless might) encounter.

Australia is infamous for its dangerous wildlife. It has more deadly snakes than any other country worldwide. And as for sharks and spiders, there’s an awesome array of predators and venomous critters. What’s more, with their love of spinning a good yarn, Australians are always ready and happy to regale overseas visitors with terrifying tales of killer sharks, giant spiders and lethal snakes.

Despite the well-earned “dangerous and deadly” reputation, it’s not necessarily the obvious natural-born killers that visitors need to be wary of. Cold statistics tell us that deadly animal attacks are a rarity in day-to-day life. Very few native animals go out of their way to cause harm and often many creatures are dangerous only because travelers place themselves in positions that allow them to be (swimming in tropical seas during the stinger season, for example).

Whether you are a tourist or resident, there are certain things you should not do, unless you have a death wish. Some are surprising, others involve that increasingly rare attribute – common sense.

Here are 10 easy traps you should NOT fall into when encountering the local wildlife. 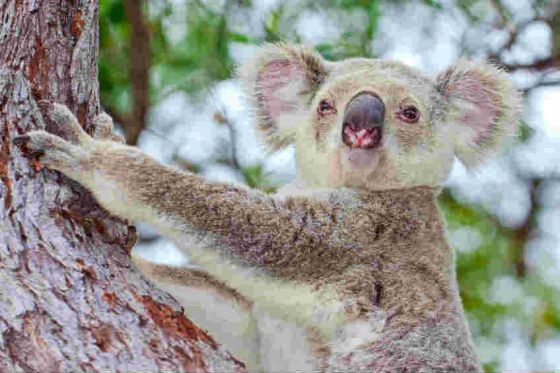 Everyone loves koalas, Australia’s national marsupial treasure. Their soft grey fur is super cuddly and smells of eucalyptus gum leaves – gorgeous. But don’t be tempted to pick up, let alone cuddle, a wild koala. It will think you are capturing and possibly going to kill it, and it will turn on you with such ferocity you’re likely to have to seek medical attention after the ordeal. Koala claws are strong enough to take their owner up the highest gum tree in seconds – slashing your arms, legs and face is kindergarten stuff!  If you are lucky enough to see a koala in the wild, admire it from a safe distance.

Save the cuddling and photographic memories for a designated koala sanctuary that offers these experiences with tame koalas.

Don’t: Count the Teeth on a Crocodile 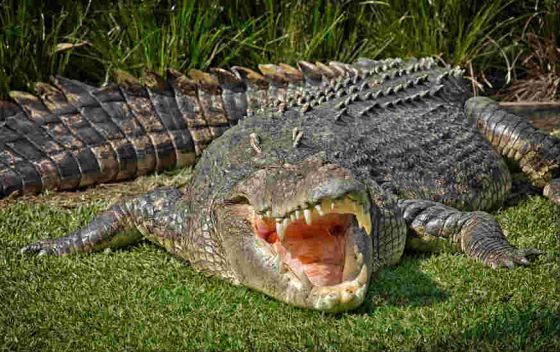 Australian saltwater crocodiles – or “Salties” – are the largest reptile in the world in terms of mass (can be over 1,000kg). They are found all across the north of Australia and in fact, common knowledge says there are more Salties than people in the Northern Territory. These fearsome reptiles are huge, aggressive, territorial and plentiful – and they kill on average one to two people per year. Getting up close and personal with crocs (the reptiles not the shoes) is to be avoided.

Some say crocs have between 62 and 70 teeth, some say 30 top and 30 bottom, some say 60, while others say 24. We can deduce from this wide range of “facts” that counting crocodile teeth is an inexact, dangerous and pointless science for the novice. It is highly unlikely that you will pick up one of these Salties, but some people are tempted to pick up baby crocodiles. These can still do damage, particularly if Mum or Dad sneaks up on you. Leave the reptile wrangling to the experts where you can watch, learn and be entertained in complete safety.

Don’t: Put Your Hands Where You Can’t See Them 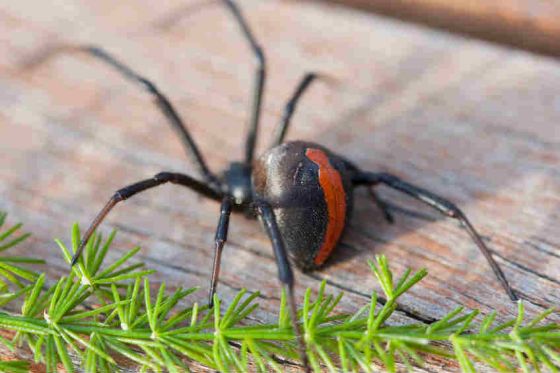 Red-back spiders and their equally deadly compatriots, Sydney Funnel Web spiders, can give you a venomous and agonising bite when you least expect it. Despite popular folklore, red-backs don’t spend their entire lives on toilet seats. They mostly love the great outdoors and set up home on outdoor furniture and toys that are left outside in the sun near sand pits etc. That’s why spider experts wisely recommend that you don’t put your hands where you can’t see.

And never pick up a spider, whether it’s a red-back or a Sydney funnel web, which can often live inside the house. Although best known, as their name suggests, for hanging out around Sydney, funnel webs are great travellers and can be found across much of New South Wales and Victoria.

Don’t: Try to Catch a Snake 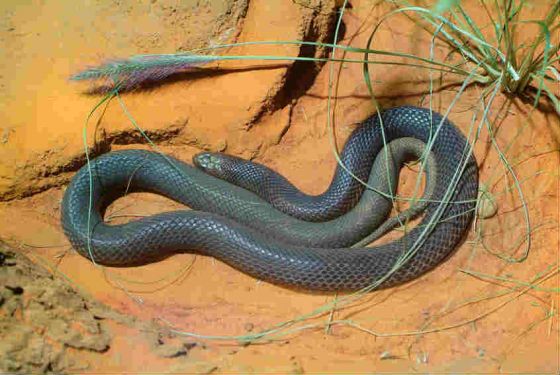 Forget your fancy king cobras, rattlesnakes and death adders, for sheer venom power you can’t go past the inland taipan. This is literally the most venomous land snake on the planet and would be one of the most dangerous animals in the world – if it wanted to be. Fortunately, it has a live-and-let-live attitude to life. If you leave it alone, it’ll leave you alone. Herein is where most people come to grief.

Many bites in Australia are the result of “heroes” trying to catch snakes. It’s unlikely you’ll stumble across an inland taipan, as they live in more remote regions but you may come across the second most venomous snake in Australia, the eastern brown snake or even a red bellied black snake. These two are among many that can live in suburbia and they can be nasty, short tempered critters. Don’t mess with them or you’ll come off second best. If one is in the house or yard, call in a qualified snake catcher. Or see these snakes up close in the safety of a reptile park.

Don’t: Pick Up a Wombat

What? Who could ever imagine these magical marsupials could be dangerous to your health? Wombats are the great comical characters of the mammal world – they are pudgy, nocturnal burrowing creatures closely related to the koala. They also have similar thick, soft fur which is a magnet for cuddling. So what can go wrong if you pick up a wombat?

Well, there’s every chance that you’ll do your back in because they are like blocks of cement. About one metre in length, 36 centimetres tall and tipping the scales at between 35 to 50 kilograms, wombats are deceptively heavy. Like any other marsupial, they can bite and scratch if they are afraid or they don’t get their own way. But usually, they are pretty even tempered.

Don’t: Take a Closer Look at a Cone Snail 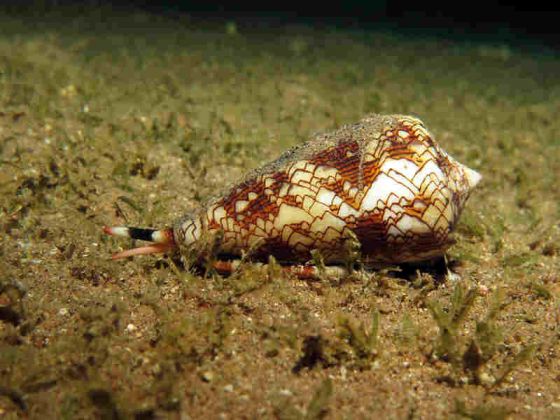 Australia’s beaches are among the best in the world and it’s only natural that many adults and kids love wading across the shoreline looking for pretty shells, driftwood and any other unusual object washed in by the tide. It is here that you will likely come across a cone snail shell – with its unusual pattern and eye-catching colours. Don’t be fooled.

The cone snail carries a tiny harpoon packed with a cocktail of neurotoxins. The snails usually use the harpoons to spear and quickly kill fish, which they then eat, but they work quite well on humans too and can quite easily cut through a wetsuit. You can find these creatures anywhere around the Australian coast, although most of the Australian species are found in Queensland waters. If you see one of their beautiful shells on the beach, steer clear. It could very well still have a living and homicidal cone snail inside.

Don’t: Capture a Centipede for the Kids 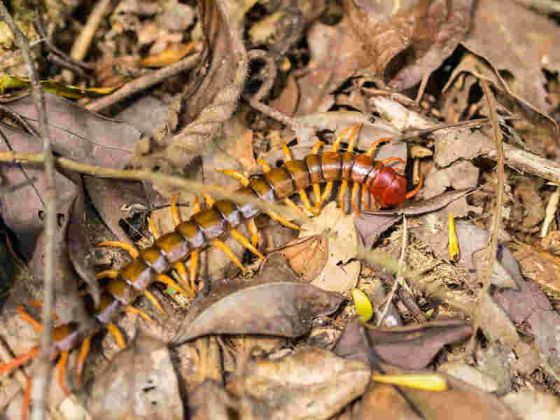 Fast, agile and a little bit creepy, Australian centipedes are known for packing a powerful punch. Some of the biggest centipedes here measure up to 15 centimeters long and the number of legs each creature has can be a source of fascination to the non-phobic among us. But it’s an ill thought-out idea to capture and give the kids a garden centipede so they can learn how many legs it has and provide you with a few hours peace at the same time. You, or the kids, are likely to cop an unpleasant bite.

While it probably won’t kill you, the sting will last for a week – likely to be nothing compared to what Mum says when she finds out! And as for millipedes – don’t even go there. 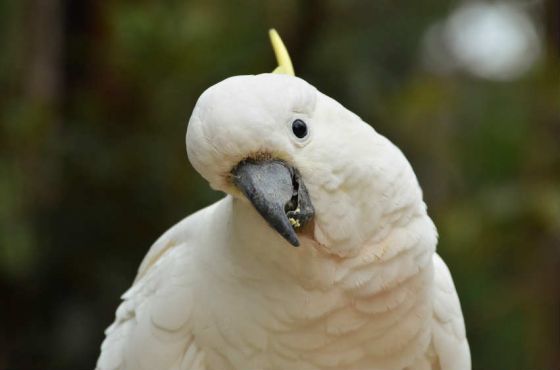 Australia has an infinite variety of birdlife and their cockatoos and parrots in particular are unique and breathtaking. It’s no wonder they are in demand as pets. Sulphur-crested cockatoos are king when it comes to pets. They also have large beaks which regularly crack open the toughest of macadamia nut shells so a human finger, arm, ear or lip doesn’t even rate on the cockatoo’s degree of difficulty chart.

Always be mindful that pet cockatoos can be dangerous. In spring, breeding season, they can be moody and unpredictable. The bird’s owner knows the bird better than you. Don’t just rush in and pick the bird up. Always ask questions first and be guided by the owner.

Don’t: Challenge a Kangaroo to a Boxing Match 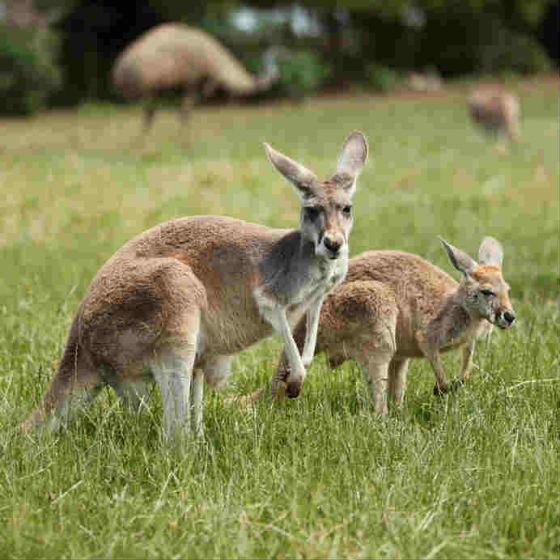 The stereotype of the boxing kangaroo has long been perpetuated by humans. Boxing matches between rival male kangaroos is a natural behaviour. Young males do it in play and older males do it to determine who is king of the pack. Some foolish humans still think they can actually fight (and win) a boxing match with a ‘roo, even though the practice is outlawed. Don’t be tricked into going along with this idea.

Kangaroos can leap up to 25 feet in a single bound, and they won’t hesitate to use that formidable leg strength in a fight. During a “boxing” bout, a kangaroo can actually balance his entire body on his tail, kicking forward with his powerful legs. Because kangaroos can’t control their legs independently, this means that anyone on the receiving end of a kangaroo kick is taking two strikes at once. There’s no place for testosterone-fueled behaviour in a male kangaroo’s world.

Don’t: Pick Up an Echidna 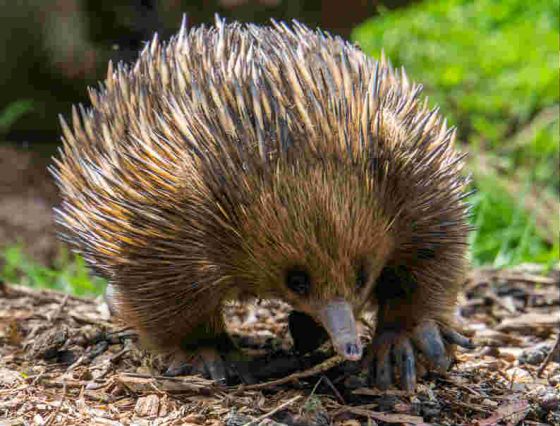 At the other end of the scale, we have the gorgeous echidna, another one Australia’s unique mammals. Sometimes known as the spiny anteater, the echidna exists on a diet of ants, termites, grubs, larvae and worms. It has a pointy snout with a long, sticky tongue to lick up these ‘snacks’. It has no teeth but it does have sharp claws and sturdy limbs to dig into the soil. So why is this endearing creature of concern to humans?

Sometimes you’ll see an echidna trying to cross a country road. The well-meaning human may try and pick it up to put it out of harm’s way. Mistake number one. All you will get is a handful of sharp quills. Ouch!  And it’s likely you won’t be able to pick up the animal anyway. They have some sort of suction caps on their feet which stick firmly to the surface they are walking on. The best method – slow and laborious as it is – is to ‘herd’ the echidna to the side of the road. Then you can proceed with your car journey minus pierced, bleeding hands. And the echidna will be safe, too.

Do: Enjoy the Wildlife!

The above warnings aren’t designed to scare you away from Australian wildlife – but simply to treat it with respect. Australia has an abundance of magnificent fauna (and flora) to delight your senses. Enjoy – but carefully! 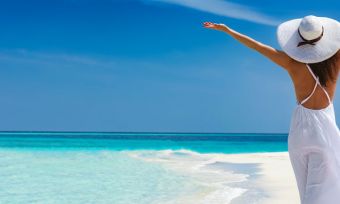