Advertisement
Where did Valentine’s Day come from? How do other countries celebrate?

No doubt many Kiwis are planning something special for this year’s Valentine’s Day. But if you’re bored of the usual flowers and chocolate and not sure what to do, here are some other ways to make VDay special for your significant other.

Research shows people feel more loving about their significant other when they remember shared fun times, rather than remembering gifts they’ve received. Check out RedBalloon.co.nz for unlimited experience gift vouchers and experience ideas. Alternatively it doesn’t have to cost much. A walk on the beach followed by a picnic dinner on the sand is free.

John Green fan, anyone? This “You, Me, Us” Venn diagram is adorable, and you could make your own. It’s probably easier than writing a ‘gaekkebrev’, and it would make a lovely handmade card or a framed picture for the wall.

This heat-sensitive mug from ThinkGeek is a gamer’s top gift. The mug’s pixel heart – which represents your health in a game – lights up as you pour in hot coffee.

For the men in our lives, you can’t go past beer jelly from Naturally Italian for putting a smile on their dial. If you don’t want to fork out for postage, you can make your own using this recipe.

5. From top to bottom

Not everyone will appreciate this Valentine’s Day best-seller from Just Paper Roses, but this roll of printed toilet paper that declares “I love you from top to bottom” is a hilarious gift for a guy with a good sense of humour.

Rather than wearing the same colour clothing (which is a Vietnamese tradition), you could buy your partner clothing. The perfect gift for any Harry Potter fan, this T-shirt from Busted Tees declares that your partner is “A Keeper” – in more ways than one. Other lovely ideas from Threadless include “You are my universe” or “Love Cats“.

Similar to the hand-crafted Welsh love spoon, a wood carving like this cursive “You are beautiful” deco says far more than a hastily-scrawled card. Carved word decorations (e.g. “LAUGH”, “HOME”) have been popular for nearly a decade now, but this one would say something special every day.

For soldiers fighting away from home, the best place for “missing you” love gifts is BoldLoft. Their adorable pillowcase collection helps partners separated by distance feel closer together on a lonely night.

How did Valentine’s Day start?

What’s the real story behind the history of Valentine’s Day?

The most well-known story about St Valentine is that Emperor Claudius II had outlawed marriage for young men because single men made better soldiers, but Valentine continued to perform Christian marriages in secret. The Emperor had him put to death for disobeying his decree.

While he was in prison for marrying young people, he began helping persecuted Christians escape the Roman prison where they were being tortured. Valentine prayed over the blind daughter of the jailor, Asterius, and she was healed, so he wrote her a letter signed “From your Valentine”.

People loved the story of a priest who gave everything to fight injustice. So at the end of the 5th century, the Catholic church placed St Valentine’s Feast Day in the middle of February to replace Lupercalia, an earlier pagan festival for the Roman gods of fertility and agriculture.

The French claim to have written the first Valentine’s Day card. In 1415, Charles, Duke of Orleans sent love letters to his wife from his cell in the Tower of London. One of the poems he sent her can be seen in the manuscript collection at the British Library in London.

How do people around the world celebrate Valentine’s Day?

Some countries such as India, Nepal and Bangladesh restrict “the day of love” to adults only, to prevent children and high school students from being distracted from their studies by crushes. Saudi Arabia is the only country we know of that has banned Valentine’s Day outright since 2008. Florists and gift shops are not permitted to sell or display anything coloured red on this day.

So if you’re looking for something more interesting than chocolates or flowers, why not write your beloved a ‘gaekkebrev’ or take them for a barefoot walk, or hold a Friend’s Day Secret Santa party? 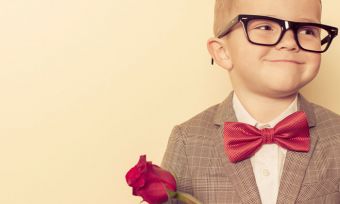 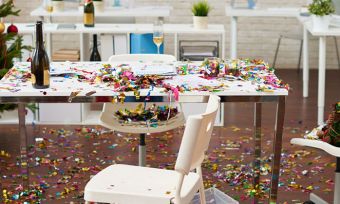 How to save money: 30 simple tips 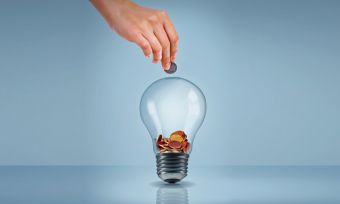