New Zealand’s OCR is now sitting at a record-low 2%, after the Reserve Bank of New Zealand released its monetary policy on 11 August. In saying this, New Zealand’s cash rate is pretty good when looking at global cash rates. The majority of other countries refer to their central bank-mandated rates as ‘bank rates’ or simply ‘interest rates’ rather than ‘cash rates’.

At the time of writing, here are the current global cash rates based on several countries around the world. 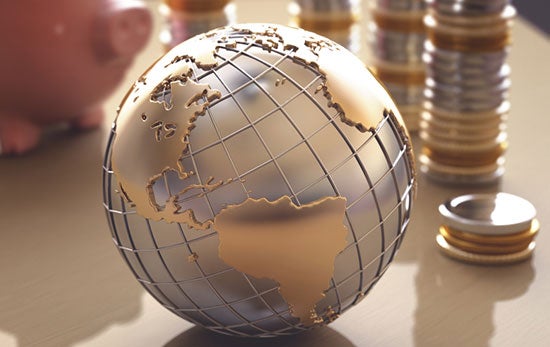 Argentina’s “Up to 15-days interbank rate” at the time of writing is 31.53.  Decisions concerning the Argentinian bank rate are made by the Central Bank of Argentina (Banco Central de la República Argentina). Argentina has long been suffering from huge inflation rates (as high as 40%), which the country’s central bank has been trying to combat with high bank rates.

Australia has its official cash rate (OCR, a term exclusive to Australian and New Zealand) set by the Reserve Bank of Australia (RBA), the central bank of Australia since 1960. The cash rate has been on a downwards trajectory over the past few years and, on 2 August the RBA cut the OCR to a record low 1.5%. In announcing its decision, the RBA stated that overall growth is continuing at a moderate pace, despite a very large decline in business investment. Recent data has also confirmed that inflation remains quite low.

Brazil’s interest rate currently sits at what has been described as an “eye-watering” rate of 14.25%, the highest it’s been in quite some time; since 2006 to be exact. On 20 July, the Central Bank of Brazil decided to leave its key interest rate unchanged at 14.25% for the eighth consecutive time, due to political uncertainty and high inflation expectations. The country’s interest rate is regulated and decided by The Central Bank of Brazil’s Monetary Policy Committee (COPOM), and the official interest rate is known as the Special System of Clearance and Custody rate (SELIC).The constant rate-hikes in Brazil are an attempt to tame Brazil’s inflation, which currently sits at a rate much higher than the government’s target inflation ceiling of 6.5%.

The second-biggest economy in the world is reportedly facing its slowest growth in 25 years, and the People’s Bank of China has responded by cutting both its interest rates -it’s lending and deposit rate. The former is sitting at 4.35% (nominal one-year benchmark), and the latter has been raised to 1.5% (nominal one-year benchmark); 4.35% is the lowest that the lending rate has ever been.

India’s bank rate is at a five-year low of 6.5% after the Reserve Bank of India’s decision to reduce it from 6.75 at its 7 June meeting. The country’s interest rate is decided by the Reserve Bank of India’s (RBI) Central Board of Directors. In the December quarter of 2015, India’s GDP grew 7.3%, making it one of the fastest growing economies in the world. With a population of over 1.2 billion (China is over 1.3 billion), many consider India to be the sleeping giant of the global economy.

Indonesia’s bank rate, known as the Discount rate, is currently 6.5%, having received a 25 basis point cut in June. The rate is decided by Bank Indonesia, the central bank of the Republic of Indonesia. The recent rate cut came on the back of the country’s slowest annual growth (4.79%) since the tail end of the GFC in 2009.

Japan surprised many economists when it introduced a negative interest rate of -0.1% in late January 2016. Before then, it had been at zero since about halfway through 2010, and is decided by the Bank of Japan’s Policy Board during its Monetary Policy Meetings. In July, the board decided to keep this rate unchanged. A negative interest rate may sound extreme, but Japan has been suffering from continuing deflation since the 90s, and the negative rates are designed to stimulate the economy.

South Korea’s bank rate (known as the Bank of Korea Base Rate) is at a record low of 1.25%. South Korea’s bank rate is decided by the Bank of Korea’s Monetary Policy Committee. Central Bank Governor Lee Ju Yeol has described the record-low rate as a pre-emptive move designed to reduce the economic fallout from the recent Middle East Respiratory Syndrome coronavirus (MERS) breakout.

Mexico’s overnight interbank rate (or tasa de fondeo bancario) is currently 4.25%, after it was raised by 50 basis point on 30 June 2016. The overnight bank rate is decided by the country’s central bank, the Bank of Mexico. Mexcio is the second-largest economy in Latin America, but its economic growth is sluggish due to a drop in GDP, mainly concerning oil. The recent drastic rate rise was designed to boost the value of their currency, the peso, which had been at all-time lows against the US Dollar.

Russia has one of the higher bank rates on this list, with its interest rate (the one-week auction repo rate) sitting at 10.5%. Their interest rate is decided by the Central Bank of the Russian Federation. As a major exporter of oil, Russia’s economy has had a hard time with the lower oil prices that have sent the ruble to record lows – increasing inflation risks.

Saudi Arabia’s interest rate is decided by the Saudi Arabian Monetary Agency (SAMA), and is known as the Official Repo Rate (ORR). The ORR is currently 2.21%, having increased in June from 2.10% in May. The interbank rate in Saudi Arabia averaged 1.68% from 2006 until 2016, reaching an all-time high of 5.24% in February 2007 and a record low of 0.6% in August 2011. The oil-based economy took a major hit when the value of oil fell significantly and the International Monetary Fund has forecast the country to only grow by 1.2% in 2016 – much less than the 3.6% year-on-year figure recorded in the third quarter of 2015.

South Africa’s interest rate (the repo rate) is at 7%, choosing to leave the rate on hold at its 21 July meeting, as widely expected. Changes to the repo rate are decided by the South African Reserve Bank’sMonetary Policy Committee (MPC). Policymakers say inflation is expected to accelerate further this year and the economy is expected to have a weak recovery after the contraction in the first quarter. South Africa has been experiencing an extremely tough period of economic challenges, with a free-falling currency, the worst drought in a century, lower commodity prices and weaker demand from their biggest export partner, China.

As a member of the European Union, Spain’s bank rate is set at 0%, an all-time low for the benchmark interest rate. As one of the worst-hit economies of the GFC, Spain is in the midst of resurgence –recording 3.5% year-on-year growth in the fourth quarter of 2015 to make it one of the fastest-growing economies of the Eurozone. This faster growth is thanks to a bounce in consumer spending.

Turkey’s interest rate decisions are made for it by the Central Bank of the Republic of Turkey Monetary Policy Committee. The 1 Week Repo Lending Rate has sat at 7.5% for over a year. Policymakers have said that the country’s current monetary policy, its cautious macro prudential policies, and the effective use of policy instruments have increased economy’s resilience against shocks. This follows a failed attempt at a military coup in the country leading to sharp fluctuations in financial markets.

In the United States, interest rates are decided through the work of two bodies; the Board of Governors of the Federal Reserve, and the Federal Open Markets Committee. The Board decides on changes in discount rates, and the FOMC decides on the federal funds market rate. The interest rate is currently at 0.50% following the December move to raise rates for the first time in more than a decade. This rate is expected to continue its rise over the course of 2016 as the US recovery continues. Policymakers said that the labour market strengthened and near-term risks to growth decreased. This suggests a rate hike is still possible this year, but it depends on incoming economic data.

The European Union/Euro Area’s interest rate is decided by the Governing Council of the European Central Bank (ECB). The EU’s rate was cut to 0% in March 2016, which is the lowest the rate has ever been. The ECB left its benchmark refinancing rate unchanged at 0% for the fourth straight month in July, as was widely expected. Policymakers believe European markets have shown resilience in the days after the UK’s decision to leave the EU and that the current monetary policy measures have helped keep market stress contained. The bank added that when more data is available, it will reassess the risks to growth and inflation.

As a member of the European Union, France’s interest rate is decided by the European Central Bank. The country’s interest rate is currently at a record low of 0% as at March 2016. France has been in the midst of slow growth for quite some time, recording only 1.1% GDP growth in 2015. This was actually its biggest expansion in four years.

As with France, Germany’s interest rate is set by the European Central Bank and as such, is currently at 0%. These low rates have benefited the economy, with unemployment at record lows as at March 2016 – 6.6%. As the Eurozone’s biggest economy, Germany is widely relied upon to drive the European economic recovery.

Another member of the European Union, Italy’s interest rate is 0% as decided by the European Central Bank. Italy is trying to recover from its longest recession since World War II but this appears to have stagnated recently, with the country only growing 0.1% in the December quarter of 2015.

In the United Kingdom, the interest rate is decided by the Bank of England, and is known as the repo rate. On 4 August 2016, the Bank of England voted unanimously to cut the Bank rate to 0.25%. This is the first rate cut in seven years and has been done to provide extra support to growth, as well as to achieve a sustainable return of inflation to the target. The committee has also installed a set of additional measures to help mitigate the damage the Brexit vote has on the UK economy. These new measures include: a new Term Funding Scheme to bolster the pass-through of the cut in the Bank rate, the purchase of up to £10 billion of UK corporate bonds; and an expansion of the asset purchase scheme for UK government bonds of £60 billion. The Bank of England has operational independence, but still makes decisions based on government targets and policies. The current repo rate is at a record low of 0.5%, and isn’t expected to rise till 2017 due to extremely low inflation and slow economic growth.