Advertisement
We love our pets. However, there’s a dark side to this obsession. It’s the accidental and over breeding of cats and dogs in the community.

Not getting pets desexed results in shelters across New Zealand overflowing with dogs and cats that have no “furever” homes, with many being euthanized. Most of these pets are perfectly healthy and it’s truly heartbreaking for those directly involved. With many dogs and nearly all cats arriving at shelters not desexed, the solution seems clear.

Personally, unless you are a registered breeder, I believe desexing pets is a must. In addition to the benefit of reducing the number of unwanted cats and dogs in shelters, desexing also helps improve the behaviour and health of cats and dogs, helping to reduce the risk of cancer and behaviours such as spraying.

While animals can be desexed at any age the SPCA says that it’s better to act sooner rather than later, especially when it comes to cats; a female cat can start reproducing from the age of five months and have up to four litters of up to six kittens every year.

There are also other benefits to desexing. Research shows desexed animals often live longer and are less likely to suffer from various diseases, including cancer. Behaviour-wise, desexed pets are less likely to wander and get lost or fight and suffer an injury.  Undesirable sexual behaviours like mounting and spraying urine are also reduced.

From a purely practical point of view, desexed animals cost a fraction of the price to register with your local council. And if you want to go away for a holiday, you will have trouble finding a kennel or cattery that will take a non-desexed animal. You will also find doggy daycare centres refuse non-desexed dogs. Socialising at doggy parks can also be difficult with a non-desexed dog.

Desexing your pet: Some myths busted

1. “It’s healthy for females to have at least one litter.”

This is incorrect – in fact, veterinary evidence suggests that breeding your female dog or cat is more likely to cause her harm! An un-spayed female is much more susceptible to cancers or diseases of the reproductive organs, not to mention problems with the birth itself, which can often be problematic and may require extensive surgery.

2. “My pet’s personality will change/they’ll become overweight and lazy.”

If your pet’s personality does change in any way, it is generally for the better. They can become calmer, easier to train and will not suffer the frustration of constantly wanting to mate. As for the weight myth – no one gets fat without eating too much of the wrong foods or exercising too little. The same applies to our pets. If you feed your pet an appropriate amount of quality food and regularly exercise them, they won’t gain weight.

An intact male can get incredibly frustrated when the need to mate hits him, either resulting in him escaping or developing behavioural issues, such as mounting to show dominance. Furthermore, neutering your male pet eliminates the possibility of him getting testicular cancer or prostate disease.

Dogs and cats are domesticated species – most of their ‘natural’ instincts went out the door when the grey wolf decided to hunt alongside humans all those years ago. What isn’t natural for a dog or cat is to prevent them from breeding, when all their instincts are telling them they must. Desexing will eliminate this frustration.

Spread out over the course of an animal’s life, the cost of spaying or neutering your pet is minimal. Besides, feeding and caring for litters of puppies and kittens – including giving them vaccinations, worming and flea treatments, etc. – is far more expensive by comparison.

As a pet owner or a potential pet owner, it’s up to you to make an informed decision about your animal’s health and happiness.

Pet insurance: Types of cover and what they offer 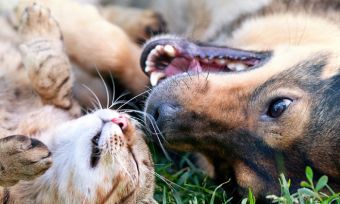 New Zealand is a nation of pet owners 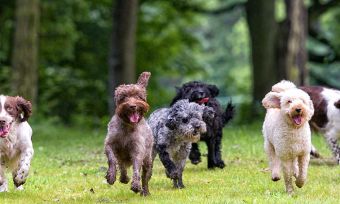