Advertisement
We know smoking is bad for our own health, but our second-hand smoke can also cause health problems for our pets. Here’s what you need to know.

According to the World Health Organisation, there are almost six million deaths a year caused by tobacco use, 600,000 of which are the result of non-smokers being exposed to second-hand smoke. That includes around 5,000 New Zealanders dying unnecessarily from smoking-related conditions every year – more than ten times the annual road toll.

Smoking affects our pets, as well

SPCA Auckland is calling for pet owners to learn about, and act to reduce, the health impacts of second-hand smoke on animals.

It has been proven that second-hand smoke increases health risks to pets and has been associated with cancers and respiratory infections, similar to the effect on humans. Studies have shown that exposure to tobacco and second-hand smoke has been associated with certain cancers in dogs and cats, allergies in dogs, as well as eye, skin and respiratory diseases in a range of other animals. Even fish can be affected by our smoking habits as the pollutants from smoke are absorbed into their water and can kill the fish.

“The best thing you can do to protect your family and pets from second-hand smoke is to stop smoking altogether. If you’re still working through the process of quitting, don’t smoke around your pets, inside or outside. Keep both your home and car smoke free to reduce the risk of cancers and serious smoke-related health problems for your family and pets,” says Dr Dale.

Effects of second-hand smoke on cats

As cats lick themselves when grooming they ingest dangerous carcinogens from smoke that are absorbed by their fur, sometimes leading to oral cancer and lymphoma.

Cats in households with second hand smoke exposure are almost 2.5 times more likely to develop malignant lymphoma as cats with no exposure. The risk increases to 3.2 times more likely in cats exposed for five or more years.

Effects of second-hand smoke on dogs

Cost of caring for your pets

Veterinary expenses can be a significant drain on the budget. In Australia, for example, it is estimated that $1.7 billion dollars is spent on veterinary treatments each year.

The cost of cigarettes is steep enough, but if you need some extra incentive to quit, maybe factor in the cost of potential related illnesses in your pets, as well.

Good for Business: Should you take your dog to work? 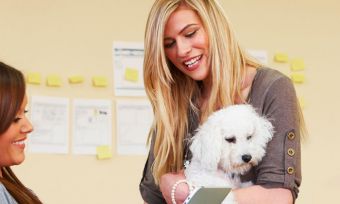 The cost of your life insurance 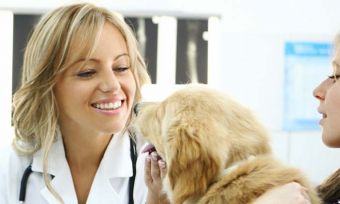