Advertisement
You might have heard something about the Chinese stock market lately – namely that it’s crashing, and crashing hard. This is China’s second major boom-and-bust cycle in the last ten or so years, and extenuating circumstances mean that the impact of this crash could be significant. 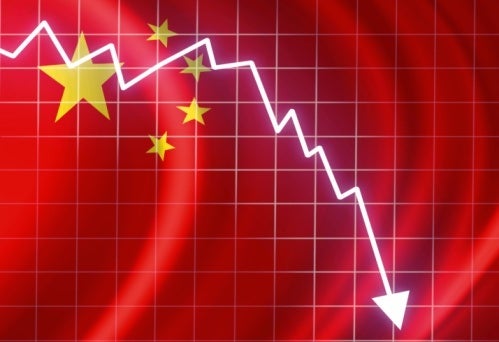 Is this a sharemarket correction rather than a crash?

The short answer is yes. At time of writing, the Shanghai Composite is down by more than 40% from its June 12th high point of 5166.350, having fallen to 3209 as of August 25th. In fact on Monday 24th August “Black Monday” it posted its biggest one-day percentage loss since 2007, as fears surrounding the health of China’s economy multiplied.  BUT, to put that in perspective, this time last year the Shanghai Composite was just above 2000 and between then and this June, managed to rise by 150%.

This rapid value increase cannot be explained by economic growth; at the same time as the 2014 stock market boom began China’s economy was actually in a slump, growth having slowed compared to the previous few years. China’s stock market boom was driven by debt, and if you think that sounds like a bad thing, that’s because it is.

Investing in stocks using borrowed money is known as margin trading, and until recently it was highly restricted in China. But recently the Chinese government eased up on its margin trading laws to try and stimulate stock market investment, and it worked far better than they could’ve ever dreamed.

The period between June last year and May this year saw 40 million new stock accounts opened. The Chinese people, previously not heavy players in the stock market, flooded the stock market with borrowed money.

During the same period, the amount of above board margin trading within the Chinese stock market exploded, going from 403 billion yuan to 2.2 trillion. We used ‘above board’ as a qualifier due to the fact that experts and economists estimate that additional funds have made their way into the stock market through a number of methods and vehicles used to circumvent the official limits on margin trading.

All of this helped to cause the aforementioned  increase in the stock market, which raised concerns among Chinese authorities, who subsequently made moves to cap any further growth. The first half of 2015 saw a number of new restrictions on margin trading implemented, which led up to a June 12 announcement of a new limit on stock brokers in regard to the total amount of margin lending they could do. Cue stock market crash. Cue trillions of dollars worth of shares being wiped from China’s stock market.

Will China impact us?

Is this going to affect us? Yes. The effects of a Chinese market collapse or correction will be felt worldwide, including by New Zealand. Experts are split on the size of impact, but if such a big trading partner loses trillions, we feel it. At this point we can only hope for a lesser impact.