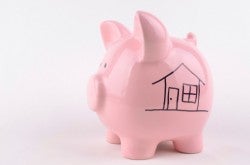 After the flurry of official cash rate movement in early/mid 2014, the RBNZ left the cash rate on hold for quite a while. But that all changed in June, July, September and December last year, as well as March this year! Our official cash rate is now just 2.25%.

A lower official cash generally translates to a lower home loan interest rate – but that doesn’t mean that you should leave your home loan on hold. It’s always a good time to compare your options and save money on your home loan!

Here are three ways that you could potentially save serious money on your home loan right now.

Source: Canstar. Based on interest rates researched by Canstar, march 2016.

Bargain – but keep your repayment the same.

Getting a lower rate is fantastic – but you could really supercharge those savings by getting a lower rate AND keeping your monthly repayment at the same level. Here’s the difference that could make on a $300,000 home loan over 25 years:

Source: Canstar. Based on interest rates researched by Canstar, March 2016

Source: Canstar. Based on interest rates researched by Canstar, March 2016

Best of all, by doing all three strategies you can not only save significant money on your loan, you can also free up your cashflow years earlier. So be smart about your home loan repayments – and reap serious rewards.