On 11 August, RBNZ slashed the OCR to a record-low 2%, in an attempt to slow the rising New Zealand dollar and concerns around inflation in the housing market.

Economists widely predicted the OCR to remain at this level in this latest update. But the Reserve Bank reiterates there will need to be “further policy easing” in the future, in order to manage inflation levels.

In the US, the Board of Governors of the Federal Reserve and the Federal Open Markets Committee has also kept the country’s interest rate at its same level of 0.5%. Any move to the rate could have seen investors’ pull out of New Zealand, and move into a more favourable US market.

The combination of New Zealand dollar’s exchange rate and low global inflation – caused by political uncertainty and market volatility – is causing negative inflation in the tradeables sector, he says.

The future of the dairy industry remains uncertain, despite improving since early August.

On the other hand, RBNZ expects domestic growth will continue to be strong, due to a number of factors:

RBNZ made it quite clear in its August statement that it would need to make further reductions to the cash rate, but it’s quite unsurprising that it didn’t happen this month, CANSTAR general manager Jose George says.

“There has been a level of consensus that the bank would wait until November, once a better picture of current inflation was available, before moving again.  That said, the bank has a long history of making consecutive cuts (and increases) to the cash rate and, the New Zealand dollar has remained stubbornly high, so a cut this month would not have been out of the question,” Mr George says.

However, mortgage-holders should still compare their home loan options, even with the cash rate staying put.

According to Canstar’s database, there is a 40 basis point (0.4%) difference between the lowest and highest floating home loan rates for owner-occupiers. Based on a $40,000 mortgage over 25 years, 40 basis points adds up to almost $95 a month difference.

Here’s the difference a 40 basis point cut in average variable home loan rate would make to mortgage holders with a 25-year loan, based on different loan amounts:

RBNZ releases its next OCR update and monetary policy statement on 10 November, the final update for the year. 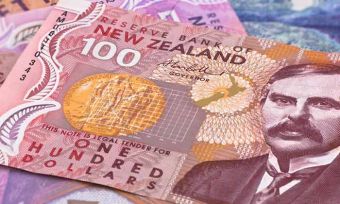