Funds to increase tax thresholds and expand Auckland housing are among the announcements in Steven Joyce’s first Budget, the ninth under the National Government.

Mr Joyce says this year’s Budget is about, “delivering for all New Zealanders”. Canstar takes a look at which New Zealanders are on the receiving end of a cash injection and who might be a little lighter in the pocket.

In a 16 May pre-budget announcement, social housing minister Amy Adams announced 34,000 Auckland homes will be built to replace 8300 rundown existing properties, over the next 10 years. The building programme falls under the Government’s Crown Building Project and includes a $2.2 billion cash injection for Housing New Zealand’s Auckland Housing Programme.

New buildings under the Crown Building Project are split into two categories:

“These houses will be for our most vulnerable families, for first-home buyers, and for the wider market. We are building more social houses for Aucklanders and helping provide a pathway into independent, affordable housing,” Ms Adams says in the announcement.

The Government is allocating $100 million for the Crown Land Programme, to free up more Government land for housing.

Tax cuts promised – but some low-income Kiwis lose out

Mr Joyce also announced a $2 billion a year Family Incomes Package, starting           1 April 2018, to increase tax thresholds  and to build on the Working for Families and Accommodation Supplement. This funding injection is geared at the low-income earners with young families and higher housing costs.

The Government says the package will benefit 1.3 million working-age families, increasing their income by an average of $26 per week.

However, along with the promise of tax reductions, the Government will cut the Independent Tax Earner credit of $10 a week – a subsidy for low-income New Zealanders without families.

Under this year’s Budget, transport has received a total cash injection of $1.8 billion. Here’s how the transport funding has been divided:

The Government has allocated $321 million for a social investment package, split across 14 initiatives and seven portfolios, targeted at helping at-risk groups.

Full Budget 2017 announcements are available on the Government’s website.

Reactions to the Budget

So how has New Zealand reacted to this year’s Budget announcements? Canstar takes a look at responses:

Immediate takeaway from #budget2017 tweets I’m seeing: this is the Budget you pass when you really really want to win an election

This is a political triumph for @stevenljoyce. Leaves nothing for @nzlabour to say except “sure but it’s not quite enough”. #Budget2017

NZ #Budget2017 is here! How does this compare with Australia? https://t.co/ujXp9TcCPY pic.twitter.com/zaxD4dP9V5 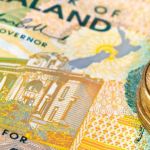 “The Government has unashamadely thrown an even larger blanket over middle New Zealand, where the election will be won and lost…

“In many respects, the Government has moved further left, with the right needing to be content with debt reduction and a plan to achieve greater social cohesion.”

“The changes announced in Budget 2017 are, in some way, a response to fiscal drag [as wages increase, a higher proprtion of tax is paid], as the focus is on increasing tax thresholds, rather than reducing rates.

“But they are only possible because of the resilience shown by the economy in responding to some significant domestic and internationally induced shocks over an extended period.” 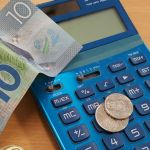 “The changes announced today will mean consumers will be allowed to keep more of their own money [referring to the tax adjustments].

“It’s a good thing if consumers have more money in their pockets, because they’ll be able to choose whether to go shopping, save up for something, or repay debt.

“….However, we are disappointed that the tax adjustments won’t be happening earlier than 1 April next year, because the sooner consumers have more of their own money, the sooner we will see positive economic impacts in terms of consumer behaviour.”

“For all National’s talk about tax cuts, the reality is that a single cleaner on a minimum wage will get just $1 a week extra. It’s the One Dollar Bill Budget.

“The big winners of this Budget are the top earners who take home most of the tax benefits.”

“The books are certainly in good order and this allows the Government to deliver a budget aimed at building prosperity from both a social and a business perspective.” 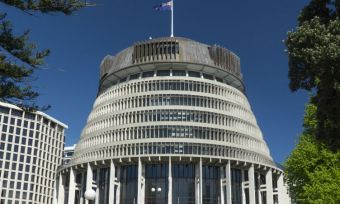 Budget 2015 and your back pocket

What's in store for new home building in New Zealand 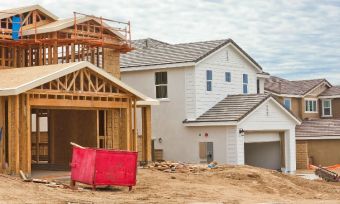