Irritable bowel syndrome (IBS), also known as a spastic colon, is a chronic condition typified by abdominal pain and problematic or uncomfortable bowel movements.  It shares many symptoms with other gastro-intestinal diseases, which can complicate diagnosis, and has no known cause or cure.  The exact extent of the disease is also unknown, but Southern Cross Healthcare Group estimates that it may affect 15% – 20% of New Zealanders. 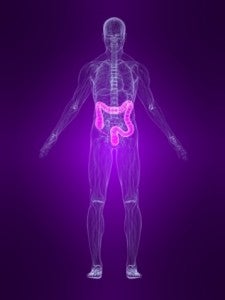 IBS was first identified in 1950 as a distinct illness, but has probably been around for much longer.  IBS presents with no identifiable physiological changes to the bowels, though those affected can suffer abdominal pain, bloating, and frequent diarrhoea or constipation.  It can also cause acid reflux, chronic fatigue and head and backaches.  Many suffers of irritable bowel syndrome also report symptoms of depression and anxiety, related to the persistent pain and discomfort.

No cause has been identified as responsible for the onset of irritable bowel syndrome, though research into the disease continues.  It can occur regardless of age, and is slightly more common in women than in men, but otherwise appears to have no recognisable physiological cause.  Current theories hold that psychological causes are the most likely triggers, with most cases arising after stressful events.  Other theories claim that changes in gut flora or an unknown infection may be the cause.

Due to irritable bowel syndrome’s similarity to several other gastro-intestinal diseases, diagnosis is often a process of elimination, requiring the ruling out of parasitic infections of dietary problems.  Further, no cure has yet been discovered, with the best treatments available only helping to manage the symptoms, not remove them entirely.  Often, changes in diet can help to manage the worst of the symptoms, particularly increasing the intake of fibre, which can help ease constipation.  Other dietary measures include restricting carbohydrates, fructose and lactose, all of which are not easily processed by the intestines.

Some medicines can help the symptoms of IBS as well. Beyond the obvious ones, like laxatives to treat irregular bowel movements, and antispasmodics, to treat cramping, certain antidepressant medications have also proven effective.  A class of drugs known as selective serotonin reuptake inhibitors, or SSRI’s, which affect the neurotransmitter serotonin, have been shown to ease the symptoms of those suffering from IBS.  This is because serotonin, in conjunction with its role in regulating brain activity, is also important in the functioning of the intestines.

Fortunately, irritable bowel syndrome appears to have no effect on the health of those afflicted, outside of the symptoms it causes.  Properly identified and managed, IBS has a minimal impact on quality of life and no effect on life expectancy.  Find out more information on the Ministry of Health website, here.