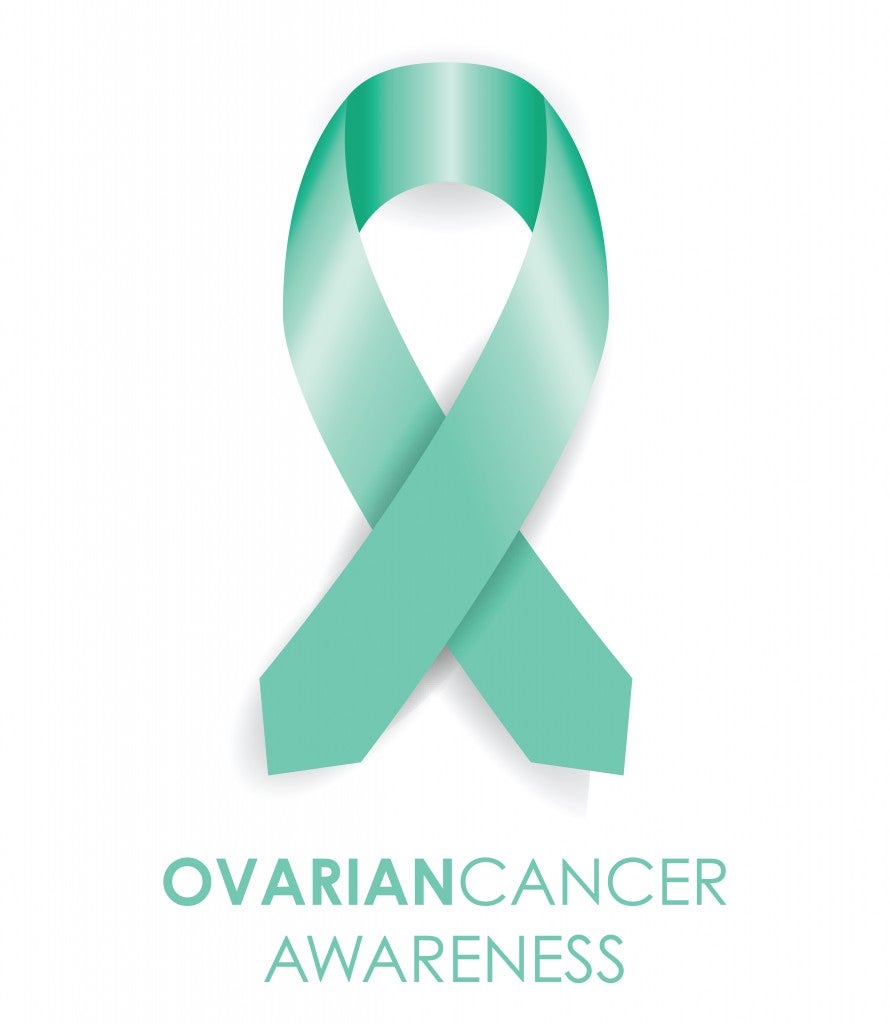 Why are some women more likely to develop ovarian cancer than others? And what has the colour teal got to do with it?

Ovarian cancer is frighteningly common in New Zealand; it is the fourth leading cause of cancer death in New Zealand women and takes 1 woman every 48 hours. Yet there is no early detection test. And if you thought a pap smear diagnoses ovarian cancer, think again.

To add to the mystery, the symptoms of ovarian cancer can be vague and similar to other common conditions. It certainly looks like women are up against it, yet again. This is what is frustrating researchers, who are desperate to find better diagnosis methods and treatments for this insidious cancer.

What is ovarian cancer?

Cancer of the ovary starts when cells develop changes that lead to uncontrolled growth. The normal function of the ovary is to enable female reproduction by producing egg cells (ova) and female hormones such as oestrogen and progesterone.

Ovarian cancers are classified by the type of cells they originate from:

Chances are the first time you heard about this was in 2013 when Hollywood actor/director Angelina Jolie underwent a double mastectomy, followed by further surgery to remove her ovaries. Why? Due to an extensive family history of breast and ovarian cancer, plus having the BRCA1 gene mutation that dramatically raised her risk of cancer, Jolie made the decision to undergo these preventative operations. As much as Angelina Jolie’s decision was radical, it focused global media attention on cancers affecting women and this could only be a positive thing.

But apart from inheriting faulty genes, other factors that cause ovarian cancer are not completely understood. The most common ones we know are:

Know the symptoms but don’t make yourself sick with worry

The New Zealand Gynaecological Cancer Foundation tells us it can be difficult to diagnose ovarian cancer because the symptoms are ones that many women will have from time to time, and they are often symptoms of less serious and more common health problems. But we do know that ovarian cancer is NOT a silent disease. Women who are diagnosed with ovarian cancer report four types of symptoms most frequently:

If you have any of these symptoms, they are new for you, and you have experienced them multiple times during a 4-week period, go to your doctor. The best thing you can do is to know your body and be aware of the symptoms of the disease. Then trust your instincts.

How is it treated?

Treatment for ovarian cancer usually involves a combination of surgery and chemotherapy. Less often, treatment may include radiology. The type of treatment women receive depends on the type and stage of their ovarian cancer and their general health.

Surgery is usually the first treatment for ovarian cancer. The goal of surgery is to confirm the diagnosis, establish where the cancer has spread in early cases, and remove as much of the tumour as possible in advanced cases. This allows other treatments such as chemotherapy and radiation therapy to be more effective.

What’s with the colour teal?

February is Ovarian Cancer Awareness Month and the Gynaecological Cancer Foundation has chosen the colour teal to represent Ovarian Cancer awareness – so they want New Zealand to Turn it Teal.

They are encouraging people to host a fundraising and awareness event at any time during the month. It could be a breakfast, morning or afternoon tea, sporting event, quiz night or an event at your workplace. Everybody and anybody can get involved!

By taking part in the Turn it Teal for Ovarian Cancer campaign you will be supporting the New Zealand Gynaecological Cancer Foundation’s mission to ensure we can continue to deliver awareness, support and advocacy to NZ women.