Advertisement
Diners Club and MasterCard have very different origins, but both compete to be the primary service for processing your transactions.

Both Diners Club and MasterCard are large, multi-national payment processing services. They both specialise in debit cards and credit cards – often with tempting rewards schemes to encourage you to spend more money on your card. Diners Club is present in more than 185 countries, while MasterCard claims to have more than 2.4 billion active cards across over 200 countries.

So how did these two services originate? What’s the difference between MasterCard and Diners Club? And what contrasting services do they offer today?

How did Diners Club and MasterCard begin?

Diners Club was one of the original pioneers of the modern credit card, issuing what is widely acknowledged as the world’s first charge card in 1950. When Frank McNamara forgot his wallet while dining out at a New York City restaurant, his wife had to come to the rescue and pay his bill –an embarrassment Frank resolved would never happen again. He introduced a small, cardboard card, the Diners Club Card, which partnered with 27 New York restaurants to allow diners to pay off their expenses at the end of each month. In its first year of business, Diners Club grew to 10,000 members of New York’s business elite, and ballooned to over 1.3 million cardholders by the mid-1960s.

MasterCard, on the other hand, was founded as Interbank Master Charge in 1966. It was a joint venture between several California banks to compete against Bank of America’s BankAmericard, which would later become Visa.  Adopting its current name in 1979, MasterCard has grown to become one of the largest payment processing companies in the world, with revenue of nearly $10 billion in 2015. The company also operates a debit card subsidiary called Maestro, founded in 1992, which provides services worldwide.

What’s the difference between MasterCard and Diners Club?

The key distinction between MasterCard vs Diners Club is what they do. While Diners Club is a payment system for procession electronic transactions, it also issues cards directly to the consumer, finances payments, and processes the transfers.

In contrast, MasterCard does not issue any physical cards, as it is simply a payment processing service.

Types of cards on offer

Another major difference between the two is that MasterCard processes payments for both debit cards and credit cards, whereas Diners Club provides credit cards and charge cards. Diners Club tends to focus heavily on its premium rewards service to attract customers, while MasterCard utilises the volume of its services to make the most of its revenue.

The downside of Diners Club is that New Zealand retailers typically charge a higher surcharge for Diners Club cards. This discourages many everyday customers from using Diners Club, resulting in it being less commonly used or accepted than Visa or MasterCard.

As a payment provider, MasterCard partners with banks to offer its services through branded cards. MasterCard also offers Platinum card services that give the cardholder all sorts of rewards, including a concierge and emergency assistance services, plus exclusive offers to major concerts and sports tournaments. However, these top-level credit cards usually charge a hefty annual fee, in addition to high interest rates if you don’t pay it in full each month.

Should you choose MasterCard vs Diners Club?

The advantage of Diners Club is that you know exactly what you’re getting, no matter which financial institution issues the card for you. Some standard benefits include great rewards, and a global charge card and premium account, which can be accessed in over 185 countries around the world.

The advantage of a MasterCard product is its near-universal acceptance in just about every store around Australia –and indeed the world. MasterCard also provides debit cards, which are very popular with the majority of Australians and are useful for anyone who would prefer to avoid complex interest rates and high annual fees. MasterCard’s fees depend largely on your bank’s interest rates and rewards products, but there is the added benefit of not being charged a hefty surcharge, which Diners Club users are often subject to.

If you’re somebody who spends big, spends often, or travels frequently, Diners Club could well be the card for you. But for the majority of Aussies, the convenience and low fees of MasterCard are probably more advantageous.

Credit card types: tips and traps for your spending 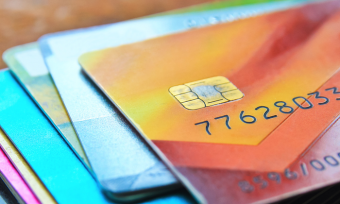 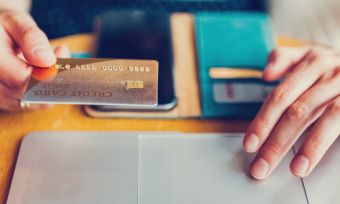