Advertisement
We all like to save money, so what things should be free?

In the “free” society we’ve become since embracing the internet where we demand free access to everything in the universe, there’s one thing that really stops us in our tracks. It’s when a charge is suddenly slapped on something we used to get for free.

How dare they? We are now expected to – gasp – pay for something that used to be free? What’s going on? Let me jog your memory back a few years ago to the debate about whether New Zealand stores should be required to charge for plastic bags? Way back in 2009 the government mooted the idea of charging for plastic bag convenience, but finally ruled it out several years later. 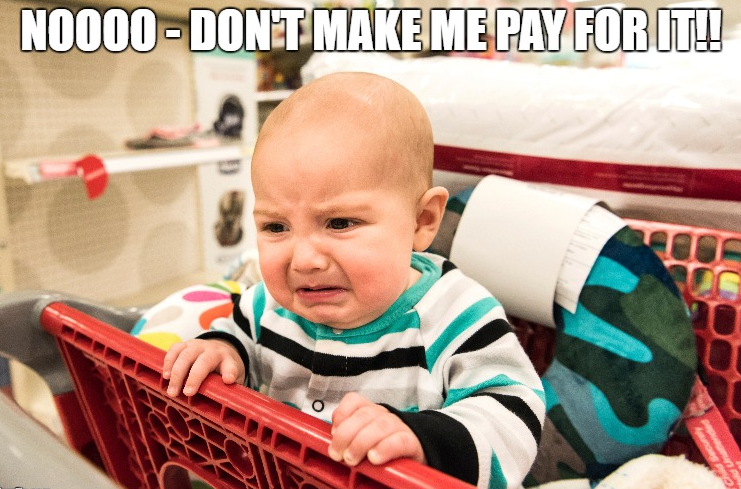 That got me thinking about other stuff that used to be free and still should be free, in my opinion.

Remember when pretty much all content online was free? It was a golden age. Well, not for publishers, obviously, print has been dropping off ever since. But readers became used to the idea that they could read anything online for nothing. Yet now many papers around the country ask readers to subscribe if they want to access some or all of the articles. It’s probably fair, it’s just not… free.

Okay, not true of every airline, but do you remember the days when you’d get a bag of peanuts or tiny salty triangular crisps and a drink just for being on the flight? Or a meal? While some flights do include food these days, it’s becoming increasingly common to pay for any snacks you want to eat in the sky.

If you’re in a restaurant and you want a glass of water, you now have to specify tap water. Otherwise you could find yourself being billed for a tiny glass bottle of mineral water. Some restaurants even have water menus, at which point most of us would feel pretty out of our depth!

Restaurants make a lot of money selling wine, and having every customer come in with their own bottle of wine instead of buying it at the restaurant could force some businesses to close their doors. No one wants that. But no one wants to be charged a corkage fee for the simple task of opening a wine bottle, either. How to get it free? Cheap or free corkage restaurants can be found on such websites as Yelp, where it’s pointed out that such restaurants may not have a liquor license and that they could start charging for corkage in the future when they do. Call ahead to see if it’s still free.

When you buy a pie or a burger you expect a napkin, a sachet of salt and a little packet of tomato sauce to be included. When you buy some toast in a café, you expect the marmalade to come with it. Yet increasingly, cafes and restaurants are charging for these basic condiments. It’s simply rude.

Lots of us are infuriated with the notion that we have to pay banks to store money that belongs to us. It’s still possible to bank for free by looking out for savings accounts and transaction accounts that don’t charge monthly fees. There is also the option of going for ‘packaged accounts’ offering a range of commonly-used accounts and credit cards. These do charge a monthly fee for their services but some can be very good value, especially if you use all the extras.

Most ATMs are owned by banks and remain free but sometimes, especially if you’re miles from any other option and can’t use a card, the only available machine will charge you $2.50. Bah.

It used to be that if you bought a product or item, you expected the company selling it to you to cover their own overheads. But, as anyone who has recently bought a ticket to anything in the last 10 years will have realised, that’s apparently not true for the entertainment sector. These days it’s routine to charge an admin fee (also called “service/delivery” fee) of around $6.50 for tickets you have to print out yourself. And then there’s the credit card surcharge.

Yep, there’s “free” and there’s “free”. On a global scale, it’s free trade agreements and freedom of the press that are not free at all. But at the local level, it’s the small things that really grate. In my opinion, some things should remain free, blissfully immune to “monetization”. Amen.