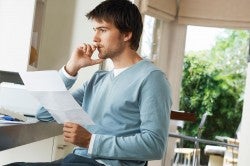 Throughout our lives we often come to realise that there are certain things we should have been doing a lot longer. We may suffer regret for not knowing sooner, but out of that regret we may also feel the need to pass on our late realisations to others as a form of advice. A good example of this in action can be heard in Baz Luhrmann’s classic “Everybody’s Free to Wear Sunscreen” 1999 song which consists of a moving graduation-style speech by someone with experience to a class of graduates, passing on life advice as “a form of nostalgia”.

As the song goes:

“dispensing it [advice] is a way of fishing the past – from the disposal, wiping it off, painting over the ugly parts and recycling it for more than it’s worth.”

In a similar (but certainly less poetic) way, I’d like to pass on some money-related advice based on my own mistakes. Here are five money things I wish I’d known sooner:

That you should start working early

Many a weekend during my high school years was spent lazing around the house. Those wasted hours could have been spent earning money! Although the pay isn’t much at that age, at least I would’ve developed skills earlier, grown in confidence, made more friends and learnt how to manage money sooner.

After I graduated from high school I took a ‘gap year’ and landed a job overseas in a rural North Yorkshire boarding school. I lived and worked there on a nine-days-on-five days-off work schedule that allowed me to make the most of travel opportunities. The pay was very little and I didn’t really know how to budget, so unfortunately I didn’t make the most of those opportunities to see as much of Europe as I wanted. I spent a few too many of those five day break periods staying in the school – too worried to travel for fear of running out of money. If I’d budgeted I might have discovered that I could have had the finances to make those extra trips. Budgeting is good for helping you achieve your goals quicker, so the sooner you learn how to do it the better!

The power of investing

It wasn’t until my dad sat me down one day and explained why he buys and sells shares that I fully realised the power of investments. All of this time I had been keeping my money in transaction accounts earning next to nothing in interest when it could have been growing in shares and paying me dividends. Although shares can go down, with time on your side you can ride out periods of downturn and make some great returns. Also, don’t forget the key thing: buy low, sell high! That’s not an investment recommendation by the way – just something that resonated for me at that point in my life.

Chinese stock market: Why is it falling?

Seek out bonus savings accounts for your cash

Obviously not all money can be kept in one investment class such as shares because sometimes we need quicker access to cash through a savings/transaction account. It’s also safer for your money to diversify your investments between higher risk and lower risk assets (another valuable money thing I’ve learnt recently), and cash is certainly a low risk asset!  Although interest rates on savings accounts are very low at the moment, it’s better earning some interest than none. As I mentioned above, for a long time (about six years) I had been keeping my saved money in a transaction account earning only 0.01 percent interest – even though I wasn’t using that money much. There were some banks offering bonus interest rates around the six percent mark at times over those years which would have meant I was missing out big time! For example, a balance of $4,000 in my transaction account would have earned me 40 cents interest a year. If I had instead put that money in a bonus savings account with an interest rate of up to 6.5% over those years, I could have earned as much as $260 a year – doing nothing but having my cash in a different account! For a university student, $260 would have been very handy. I probably would have blown it all during an expensive night out, but still…

How to “shop around”

If only I’d known about places like direct factory outlets sooner! Even when I didn’t have much to spend, growing up I was always paying the full retail price for many goods. I could have saved so much more money if I’d shopped around for products instead of paying the first price I saw for the first product I liked. Of course you can also shop around and compare financial products, which is probably why you’re here on Canstar!