Advertisement
After a tough 2015 for farmers, the arrival of El Nino means that the tough conditions New Zealand farmers have endured throughout the year seem set to continue in 2016.

What is El Nino?

El Nino and La Nina are weather cycles that are associated with sustained periods of warming or cooling respectively.

The warming of ocean temperatures in this area creates more favourable conditions for cloud development and rainfall.

What does it mean for New Zealand?

In the particularly severe El Nino events of 1973 and 1983, New Zealand experienced severe drought in the Eastern parts of the country. Given that the current El Nino phase is also very strong, more of the same is expected in 2016.

Ocean temperatures in the East Pacific are already two degrees above normal, which is the warmest they have been in 20 years.

The last time New Zealand saw conditions like this was in 1997, when a severe drought wiped out $618 million from the economy. The agribusiness sector was particularly damaged.

The farming industry already had a tough year in 2015 and the evidence suggests that the El Nino summer means another tough year of drought is ahead.

What the farmers think

The majority of farmers see no relief from the harsh weather conditions coming in the New Year, according to a poll conducted by Federated Farmers of New Zealand. 52% of them believe that market conditions will stay the same, and 19% predict worse times to come.

Confidence is greatest among dairy farmers, with 41% surveyed believing in improved market conditions, compared with 29% overall, 19% for the meat and fibre industry and 17% among arable farmers.

Federated Farmers President Dr. William Rolleston believes that “2015 will be remembered as a year of low milk prices and adverse events such as droughts and floods that have impacted farmers’ bottom lines and put New Zealand’s biggest sector under enormous pressure”.

However, El Nino does not guarantee drought, and some farmers have taken a far more optimistic approach to 2016.

Farmers in drought-stricken North Canterbury have just celebrated their first significant rainfall in over a year, with the New Year downpour of 30-60 millimetres reaching a quarter of the total for the entirety of 2015.

Weka Pass farmer Richard Murchison says the rain is a great morale booster. “It’s not a drought breaker but it certainly is going to make me sleep a little easier over the next few days.”

A little more rain is expected in the region over the coming weeks, but ultimately, The El Nino weather pattern should see the weather conditions become dry once more.

While this isn’t a disaster for the farming industry, it will certainly mean another tough year is ahead. It will be important for farmers to prepare for the worst.

Our Agribusiness report analyses agribusiness banks to determine which of them are cutting it in their role as key supporters of farming enterprise.

NZ Farmers: Kiwis are feeling the support from their banks 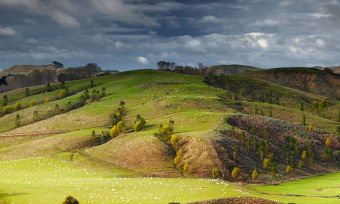 Agricultural innovations over the past 100 years 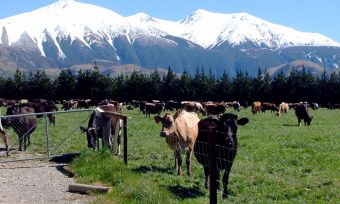 Challenges and opportunities within Agribusiness 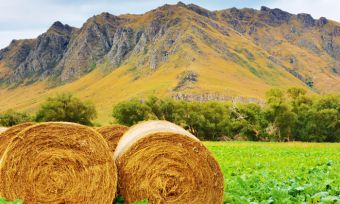